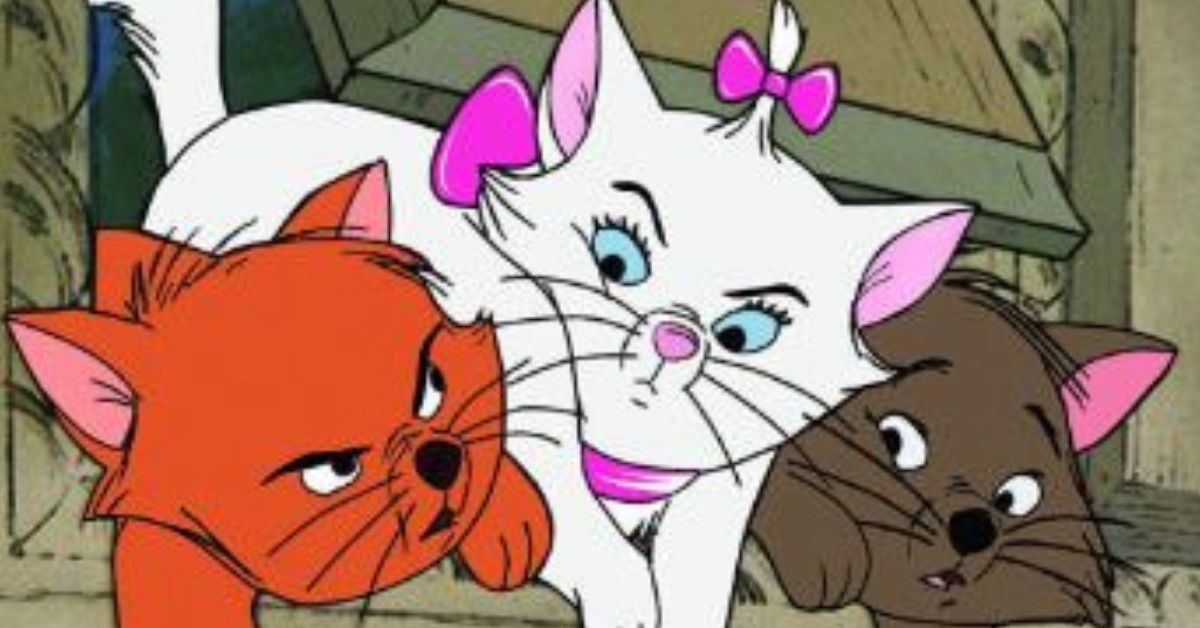 Sometimes life can imitate art in the most spectacular and unexpected ways. It doesn't happen too often though, so when it does those special moments definitely deserve all the attention possible.

For instance, there's this incredible story about one cat who took her name Duchess to the next level and truly became her namesake from the classic Disney animated film, The Aristocats.

Shelby Sewell-Lopez of East Texas adopted the beautiful white-fur cat back in 2018. 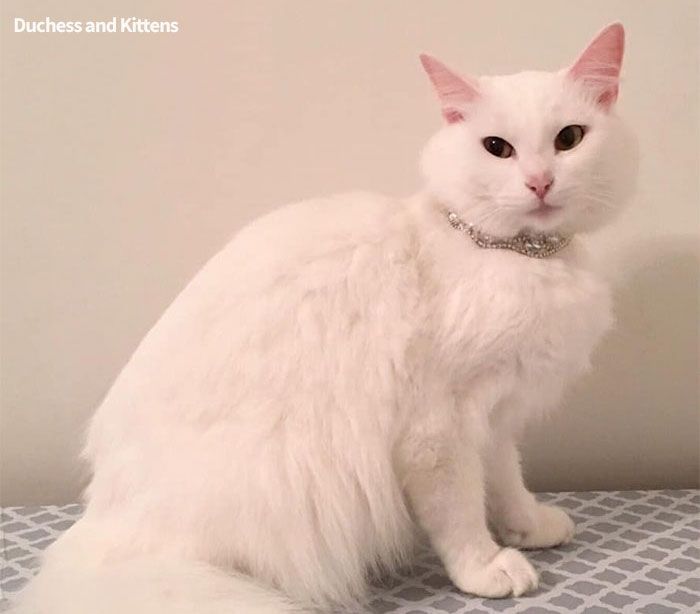 According to Bored Panda, Sewell-Lopez dubbed the rescue cat Duchess, though her life was anything but glamorous at the time. She was a frail cat with a hernia and just about every parasite possible.

“Through all of the rehabilitating, she kept her calm demeanor and a beautiful cat emerged," Sewell-Lopez said. "She is unbothered by everything except the vacuum cleaner!”

One day, after bringing Duchess home, her owner discovered the cat hiding in a closet. 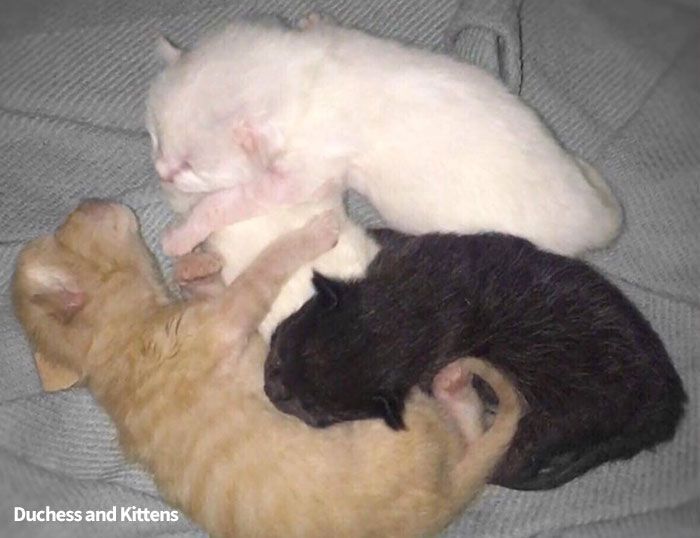 Facebook | Duchess and Kittens
At the time, Sewell-Lopez believed Duchess was in the company of a mouse. However, she soon discovered her cat, who she once believed was spayed, had given birth to a baby kitten in that very closet.

In fact, Duchess proceeded to give birth to three more kittens.

First came Berlioz, that kitten who they initially believed to be a mouse. 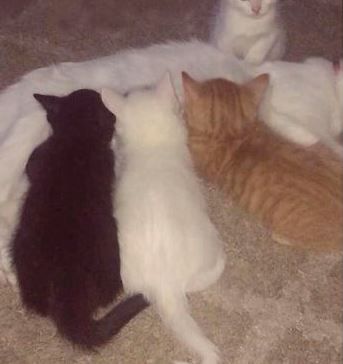 Facebook | Duchess and Kittens
Next was Marie, and then Toulouse. For awhile, all was quiet and it seemed like Duchess was done, but that's when kitten number four, or the "bonus kitten" came. He was dubbed "Blue."

Somehow, Marie, Toulouse, and Berlioz all bear striking similarities to their "Aristocats" counterparts. 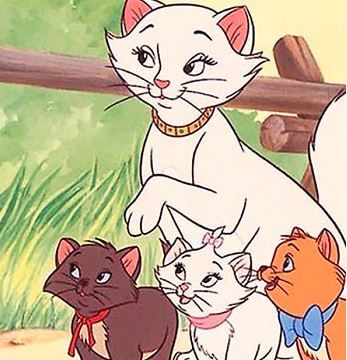 Disney
They're the exact same color and gender, so naturally Sewell-Lopez bestowed their respective names upon them in honor of the 1970 animated classic.

Because Blue is just so special, he earned his own name separate from "The Aristocats" cast roster.

Just look at how each kitten compares to the ones featured in "The Aristocats". It's honestly unbelievable. 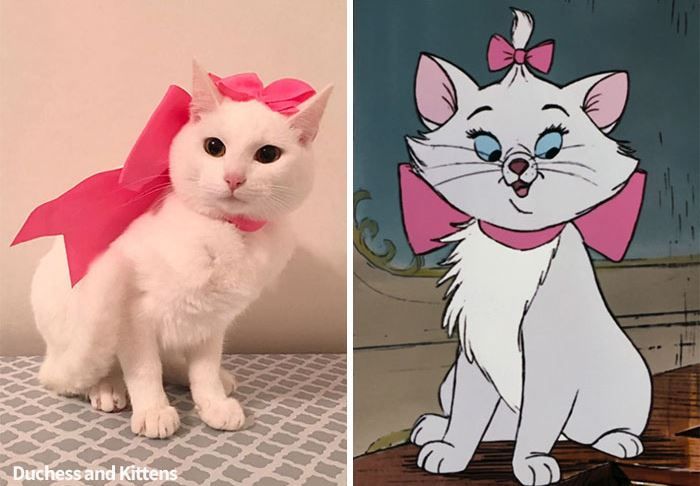 Marie is the spitting image of her elegant mother, Duchess, just like the movie version. In the film, this adorable white-furred beauty often tries to mimic her mother's same propriety, though she can be a bit spoiled and quick to rat out her mischievous brothers.

But what else can you expect from the only girl? She's got to keep those boys in line!

Toulouse is a sweet, orange-furred kitten who longs to be one of those "tough" alley cats he admires.

Although it's unclear whether the real-life Toulouse shares his movie version's same penchant for living a life in the streets, he at least shares his beautiful tabby coat and sweet demeanor. Plus just look at him in that over sized bow. 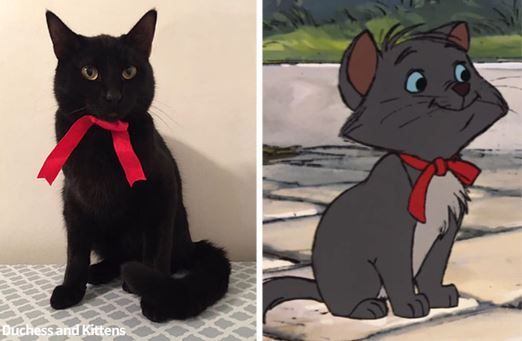 In the movie, this dark-furred kitten has a bit of a short temper and annoys pretty easily, but he's just as loyal as his siblings and has just as much of a sweet-nature, too.

The only difference I can really see between the movie version and the real-life Berlioz are their eyes.

Last and certainly not least is the runt of the litter and the unique boy, Blue. 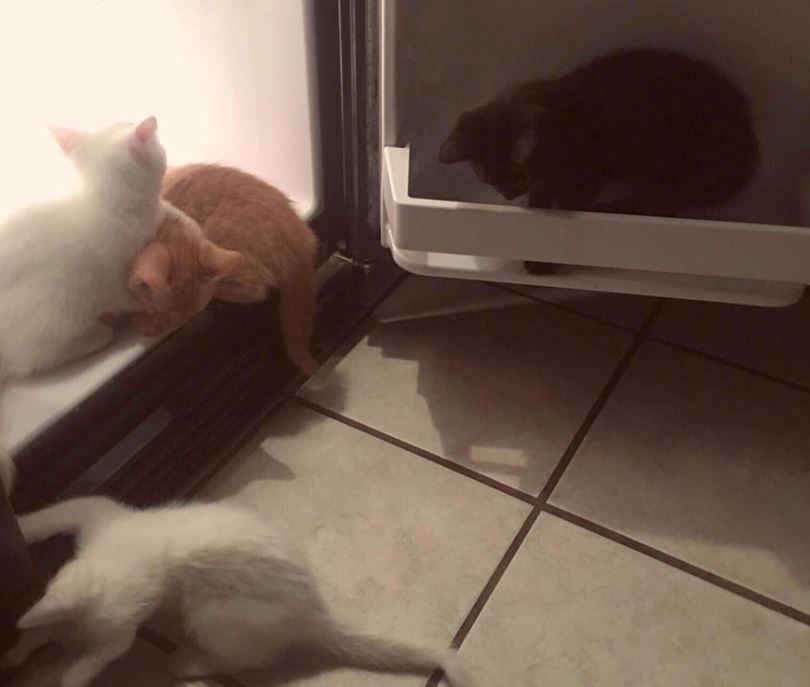 Facebook | Duchess and Kittens
Blue may not be a part of the official "Aristocats" cast, but he's an important and much-loved part of his own family.

“Although Blue is not an official Aristocat, he is the most affectionate and definitely steals most of the attention,” said Sewell-Lopez.

As for Duchess, she is quite rightly one proud mamma of her adorable "Aristocats" brood.
Giphy


Sewell-Lopez said she never leaves her kittens' side, even now that they're older and enjoy exploring the house. She simply tags along with them, keeping an eye on her mischievous kittens and hopefully also keeping them out of trouble as much as she can.

You can follow these adorable cats on their Facebook page as they approach their first birthday! According to Sewell-Lopez, she and her husband are planning an original "Aristocat" photo shoot and I am so ready to see that happen!