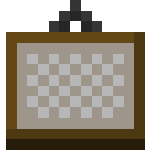 There are 26 paintings in the game. These are mostly based on paintings by Kristoffer Zetterstrand, who also created the Minecraft versions. In this album, you will be shown the original paintings along with a description of the in-game version of the painting. 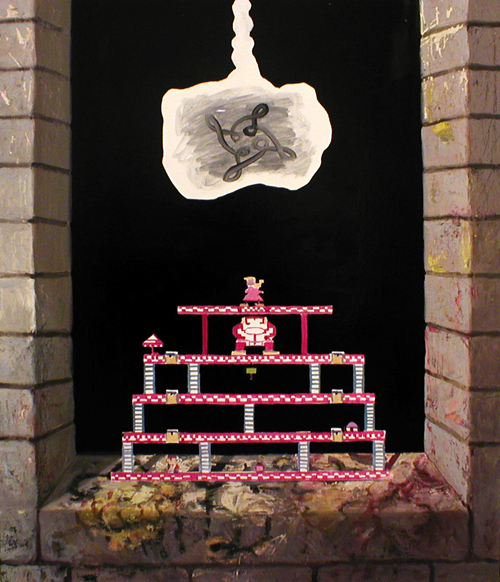 A paper-looking screenshot of the level 100 m. from the original “Donkey Kong" arcade game. In-game known as DonkeyKong. 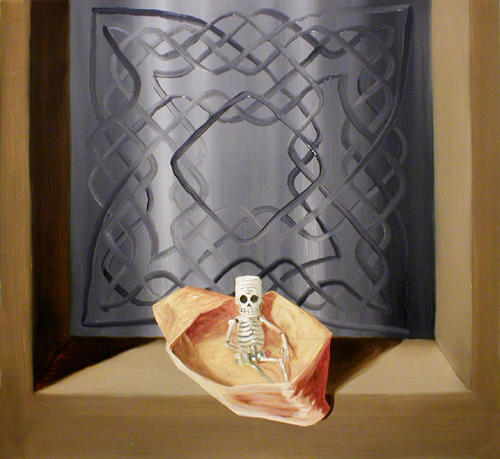 A painting of the “Mean Midget" from the adventure game Grim Fandango. In-game known as Skeleton. 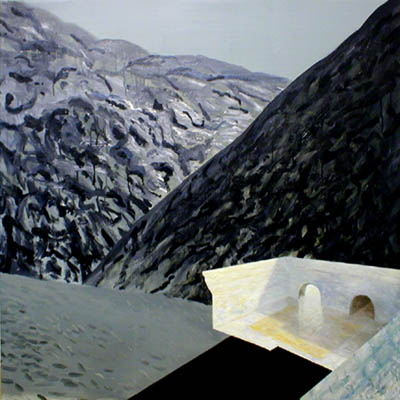 Free-look perspective of the map de_aztec from the video game Counter-Strike. In-game known as Aztec. 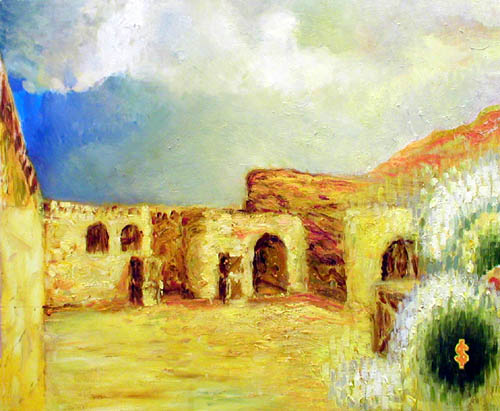 Painting of the Counter-Strike map de_dust2, named “target successfully bombed" in reference to the game. In-game known as Bomb. 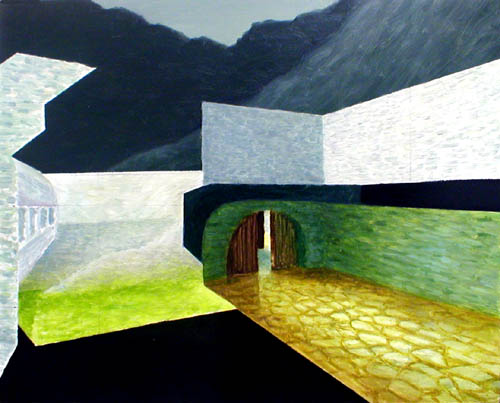 Free-look perspective of the map de_aztec from the video game Counter-Strike. In-game known as Aztec2. 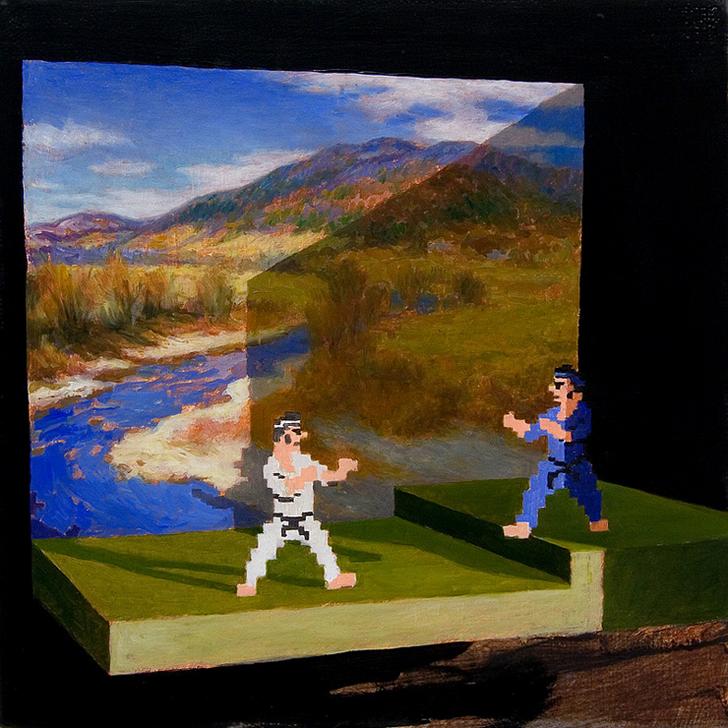 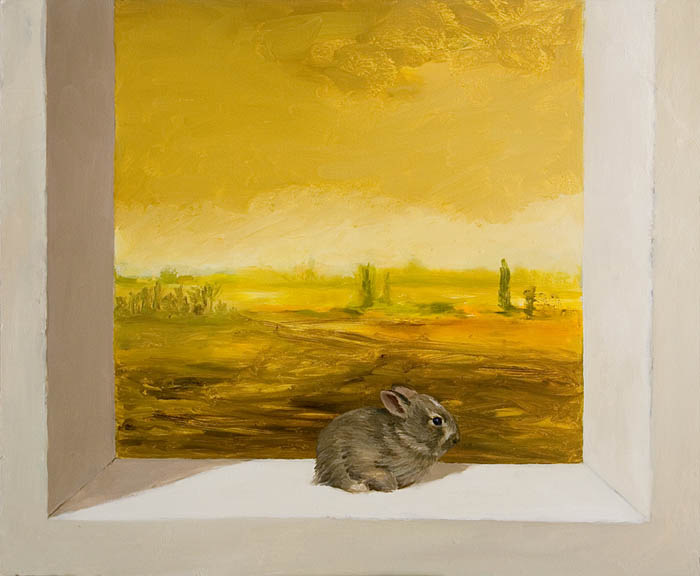 Painting of a view of some wastelands; a small animal (presumably a rabbit) is sitting on the window ledge. In-game known as Wasteland. 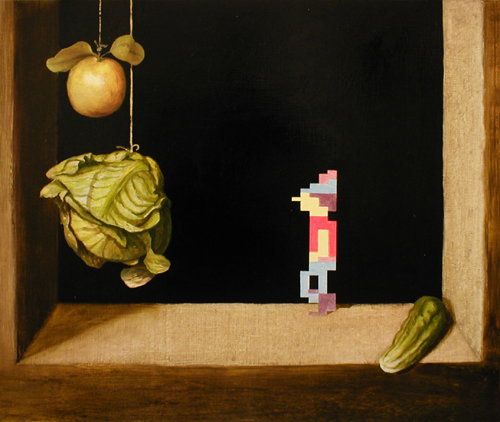 A small picture of King Graham, the player character in the King's Quest series. In-game known as Graham. 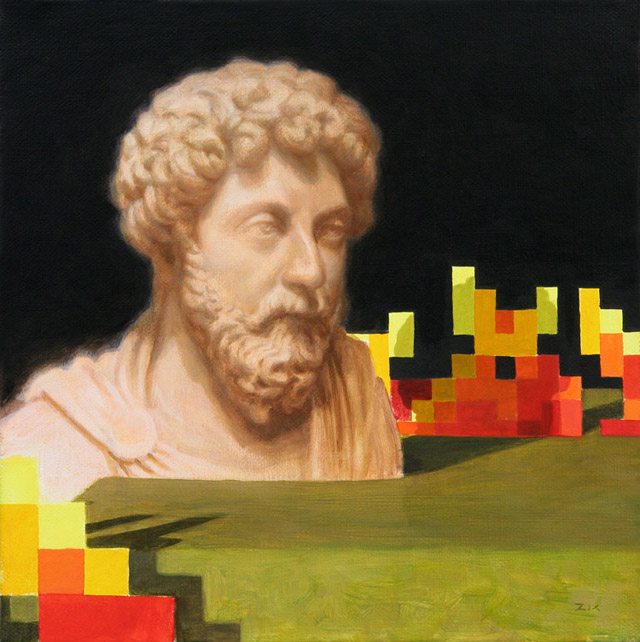 Painting of a statue bust surrounded by pixelated fire. In-game known as Bust. 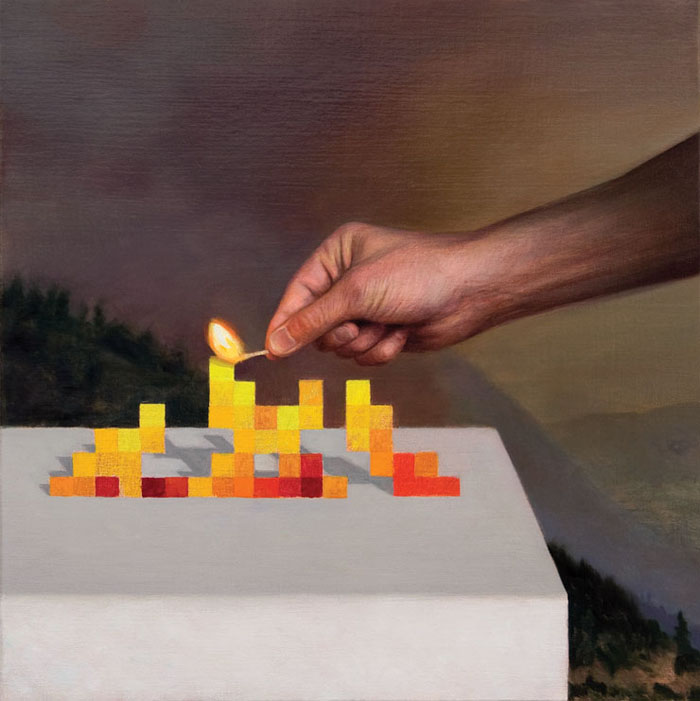 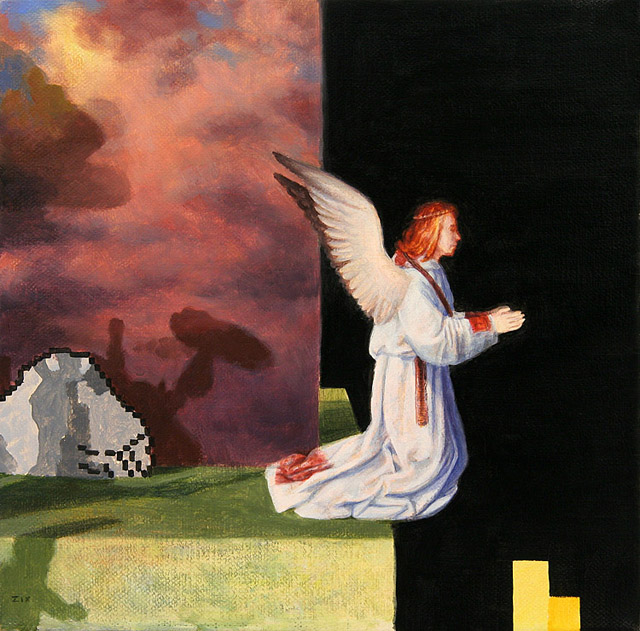 Painting of an angel praying into what appears to be a void with pixelated fire below. In-game known as Void. 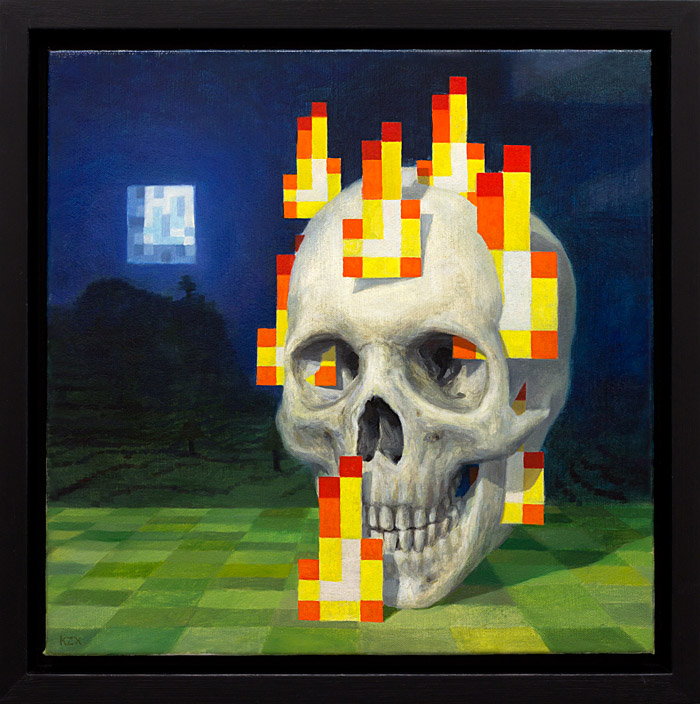 A Skull on pixelated fire; in the background there is a moon in a clear night sky. In-game known as BurningSkull. 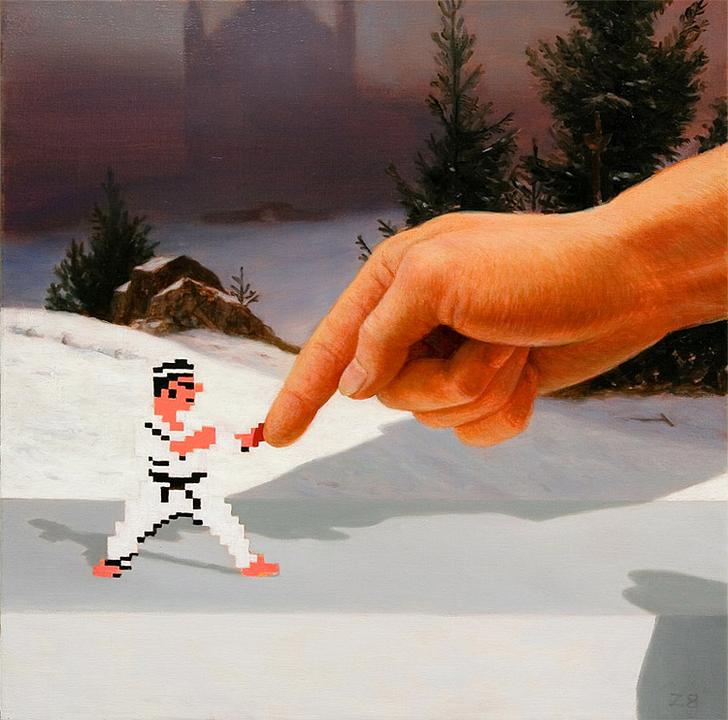 A painting of the main character of the classic Atari game International Karate (the Karateka character had white hair, this one clearly has black hair) fighting a large hand. It could also be interpreted as the two hands touching as seen in Michelangelo's Sistine Chapel painting. In-game known as Pointer. 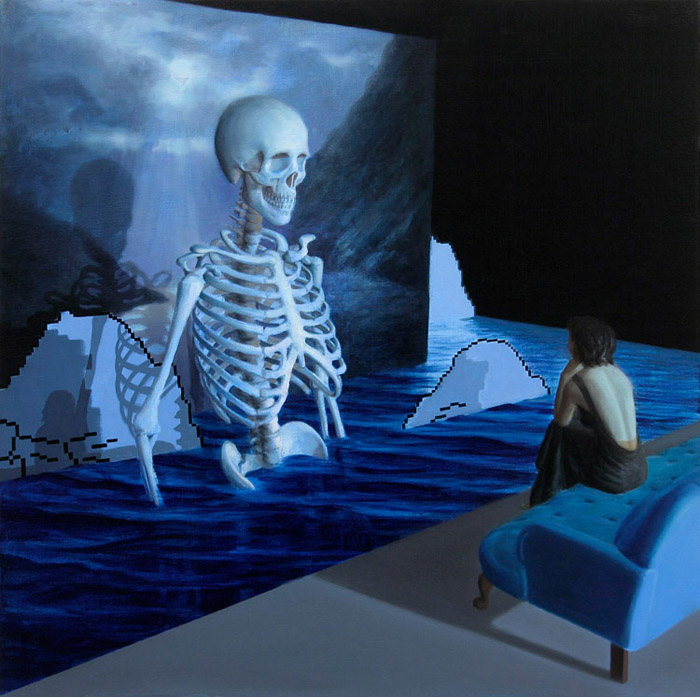 Painting of a skeleton at night with red flowers in the foreground. The original painting is very different, depicting a woman sitting in a couch, while the skull is in the middle of a body of glacial water of sorts. In-game known as SkullAndRoses. 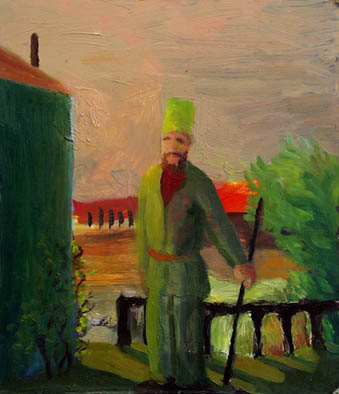 A man wearing a fez in a desert-type land stood next to a house and a bush. As the name of the painting suggests, it may be a landscape in Albania. However Albania is mostly snowy mountains and there are no “deserts", therefore making it impossible to be located in Albania. In-game known as Alban. 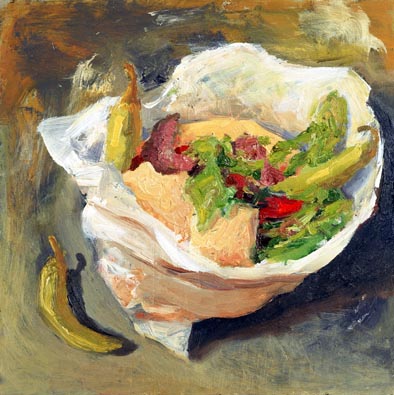 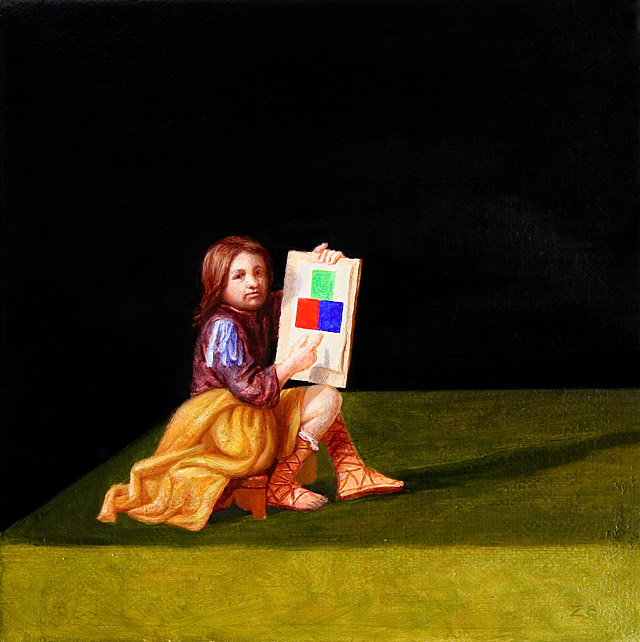 Painting of a girl that is pointing to a pig on a canvas. In the original version, the canvas shows red, green and blue blocks, representing the three colors of the RGB color model that is typically used by computer displays. In-game known as Pigscene. 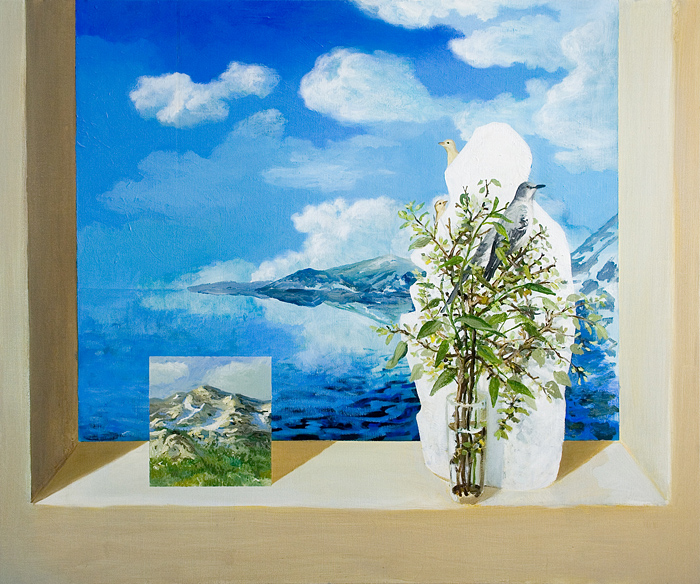 Painting of a view of mountains and a lake, with a small photo of a mountain and a dull-colored plant on the window ledge. In Alpha 1.1.1, this painting was replaced, featuring a more colorful plant. There is also an alternate version replacing the plant with a creeper. In-game known as Sea and Creebet respectively. 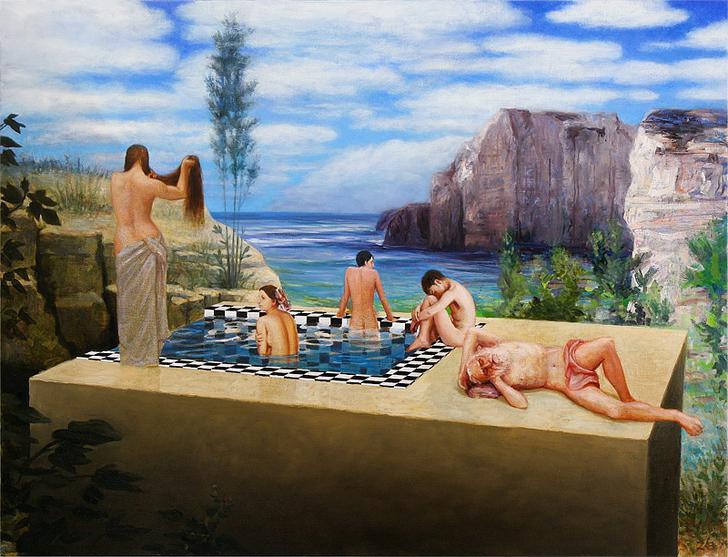 Some men and women skinny-dipping in a pool over a cube of sorts. Also there is an old man resting in the lower-right edge. In-game known as Pool. 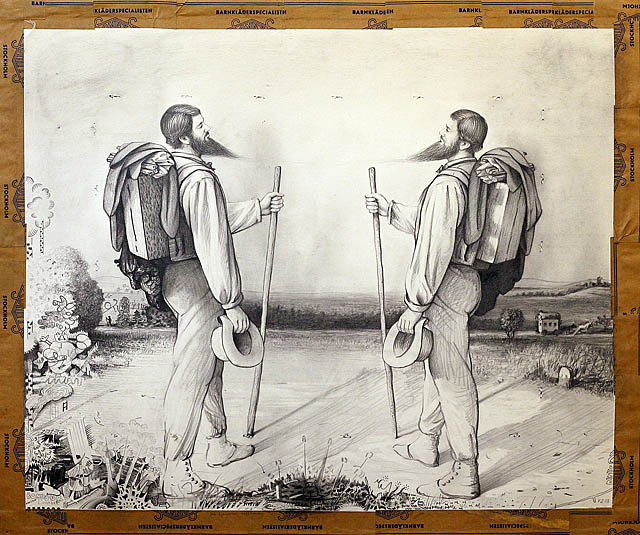 Two hikers with pointy beards seemingly greeting each other. This painting is based on the realist painter Gustave Courbet's 1854 painting of the same title. In-game known as Courbet. 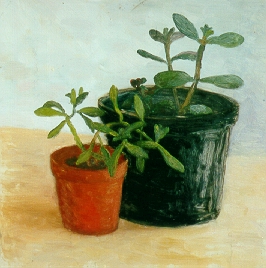 Still life painting of two plants in pots. “Paradisträd" is Swedish for “Paradise tree", which is a common name for the depicted species in Scandinavia. In-game known as Plant. 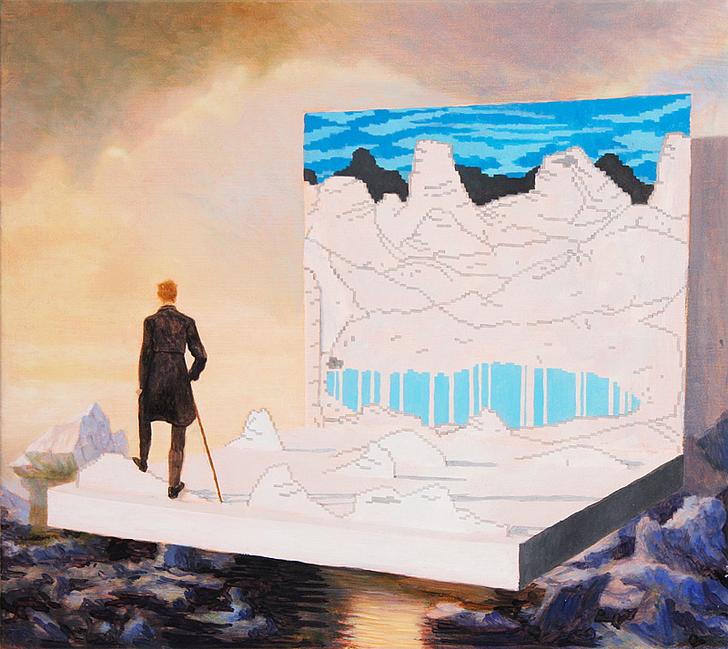 Painting of a man with a walking stick, traversing rocky plains. An “overdressed hiker", one might say. Reference to Romantic painter Casper David Friedrich's Wanderer above the Sea of Fog. In-game known as wanderer.
By Michael - May 26, 2019
Email ThisBlogThis!Share to TwitterShare to FacebookShare to Pinterest