Showing posts from March, 2019
Show all

US girl, 19, who pushed her 16-year-old friend off a 60ft bridge breaks down in tears as she is sentenced to two DAYS in prison after her victim was left with a punctured lung and six broken ribs

A woman who pleaded guilty to pushing her 16-year-old friend from a bridge at a popular swimming area near Vancouver broke down in tears after she was sentenced on Wednesday to two days in jail and 38 days on a county work crew. Clark County District Court Judge Darvin Zimmerman sentenced 19-year-old Tay'lor Smith on Wednesday, saying she should do some jail time in light of Jordan Holgerson's serious injuries. Smith pleaded guilty earlier this month to misdemeanor reckless endangerment as part of a plea agreement. Smith pushed Holgerson off the bridge Aug. 7 at Moulton Falls northeast of Vancouver.  Tay'lor Smith, 19, fights back tears as she is escorted out of the courtroom in handcuffs after being sentenced at the Clark County Courthouse in Vancouver, Washington on Wednesday Judge Darvin Zimmerman (left) listens to comments from survivor Jordan Holgerson (center) as Smith (right) looks on during Smith's sentencing Jordan Holg
Post a Comment
Read more 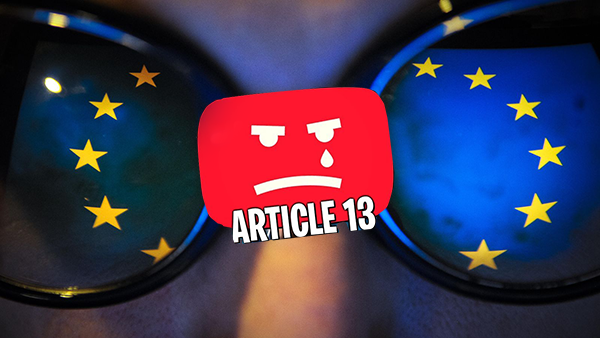 A few cultures around the world allow young girls to marry much older men (sometimes the man is five times older!). One problem that those of us who don’t believe in arranged marriages have with this is the girl is too young. She is too young to understand what is happening to her and she is physically too young to handle the sexual ‘duties’ of a wife. Image Credit: N/A CNN reported that Yemen is one country that still has no legislation for a minimum age for marriage. One 8-year-old girl was married to an older man in Yemen through an arranged marriage. He raped her on their wedding night – she is now dead. Image Credit: N/A Her death was caused by internal bleeding. There are opponents to arranged marriage in Yemen. That country has the highest death rates in the world. If this keeps up, they will have very few women left to give birth. The White Ribbon Alliance stated that one in 90 women will die during childbirth in Yemen. Image Credit: N/A The White Ribbon Alli
Post a Comment
Read more

STEFAN HEUNIS/AFP/Getty 19 Mar 2019 Muslim Fulani militants killed nine more Christians in Nigeria’s Middle Belt over the weekend, the latest strike in a string of lethal, religiously motivated attacks. The governor of Kaduna state, Nasir El-Rufai, confirmed that the assault in the Sanga local government area had claimed at least nine lives, adding to the death toll of 120 Christians massacred in central Nigeria since February. “The security agencies have so far recovered nine corpses, including children,” El-Rufai said. “The attackers also burnt several houses in the village. The government condemns this attack on the lives and security of citizens and appeals to our communities to resist those who do not want peace.” https://powr.com/video/PxNuBEME6X-10139416 A week ago, the Fulani jihadists, who have become a greater  threat  to Nigerian Christians than the Islamist terror group Boko Haram,  raided  the villages of Inkirimi, Dogonnoma, and Ungwan Gora in t
Post a Comment
Read more

Toby Forbrand | December 11, 2018 It was another long day for one woman who was keen to get to her workplace. She was walking on the sideways when she noticed a slow car approaching her through her peripheral vision. Trying to ignore it, she kept on walking, her eyes fixated on the sidewalk. However, the car seemed persistent. It got closer and closer towards the curb. Silently praying, she wished to herself that hopefully, it was not her bad day at all. In a quick glance, the woman noticed the blue and red lights. Clearly, it was a cop car. Not today, she kept on praying. But the driver honked his horn. Instant Confusion The driver was clearly calling the woman’s attention. It came to a full stop now and was repeatedly honking his horn. The woman was in awe. As far as she remembers, she did nothing against the law. She is a simple woman who waves and greets her neighbors every morning before he
Post a Comment
Read more

Three pedophiles in Yemen were publicly shot in the heart five times then hanged from a crane as punishment for raping and killing a 10-year-old boy. In the photos below, the rapists and killers were wearing blue overalls as they walked in front of crowds in the center of Sana’a, Yemen’s biggest city. The three were handcuffed, ordered to lie face down as the authorities shot them five times in the heart. Mohammed Said al-‘Uqri, 27, Abdul Jalil al-Ashhab, 19, and Ghaleb al-Rashdi, also 19, were all executed by a firing squad. Then, the corpses of convicted pedophiles were hanged high into the air by a crane where they were left hanging as a grim warning to other possible offenders while watchers took photos with their phones. According to reports in the Middle East, these men tortured the 10-year-old before choking him. Then, they hid the body in an abandoned home. The crime was committed last October. The young boy was abducted while going to his grandmother’s house,
Post a Comment
Read more
More posts