Showing posts with the label parenting
Show all

13 Hilarious Photos Show The Difficulties Of Parenting. It’s Not Easy To Be A Mom

Parenting is a huge and hectic yet, a lovable task. All you wish is they never grow up even while measuring the scale of how frustrated you stayed all day long! 1. This picture clearly depicts it all. 2. Can you ever deny your kid’s request? They have the most innocent ones, unaware of all the facts 3. How can you let go of all the tantrums that your kids put you through? 4. The girl sitting calming, sipping her drink clearly shows us who the troublemaker is! 5. It’s cute if your kids wish to sleep in your bed. 6. You never know the next thing your child is getting himself into. 7. They don’t look like such a task dealer and breaker but trust me, they are! 8. How can we ever forget the days of making the walls our own personalized canvas? 9. Every parent in this world thinks that their baby is the loudest. Who knows though? 10. A kid in the house means your house is definitely a mess. 11. Everything is a game. The cocoa powder that t
Post a Comment
Read more

Briana Rawlings was on cloud nine when she learned that she would soon bring a new life into the world. But 17 weeks into her pregnancy, Briana received devastating news. The young mother to be was diagnosed with an aggressive form of cancer in the blood known as NK cell leukemia. The young woman was not far from the midpoint of her pregnancy when she was faced with the dilemma of deciding between the life of her child and the protection of her own health. Briana chose to forego the treatment that could possibly save her life. She would instead continue with the pregnancy in hopes of providing her unborn baby with the opportunity to live a healthy life. The sad reality of the situation is that both mother and son would lose their life. However, some comfort can be taken from the fact that Briana was able to hold her baby boy and shower him with the love she possessed for him. Brianna named her son Kyden and though the little boy lived only 12 days, he received e
Post a Comment
Read more 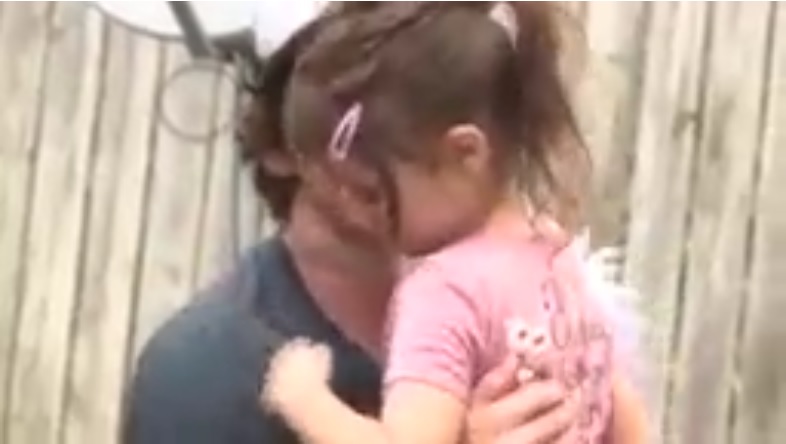 Single dad criticized for bringing daughter to work Thursday, February 07, 2019 05:03AM HOUSTON, Texas -- A Texas entrepreneur wants everyone to know that "single dads deserve a break too." The statement comes after a prospective client criticized him for bringing his 5-year-old daughter to work. Richard Miley posted about the encounter on social media and many people came to his defense. Miley started his power washing company in 2018, but he said it comes with many challenges. His biggest challenge is having to sometimes bring his daughter to work after her mother passed away a year ago. During the off-season, Miley said his daughter Ashtyn hands out cards on job sites and sits in the car or inside of a client's home. But a few days ago, a client criticized him. Instead of responding, Miley took to Facebook. Suddenly, new clients started calling, including a pizza shop owner who said he was touched by Miley's story. "I don
Post a Comment
Read more

17 Kids Who Made Their Parents’ Hearts Drop

A wise man once   said : “Silence is golden, unless you have kids, then silence is just plain suspicious.” It’s hard to argue with that and we all know that sometimes leaving your kids alone for a couple of minutes can lead to unpredictable consequences. Bright Side   has gathered some of the photos showing what kids are capable of, while you’re taking 5. But we should give them credit for making us smile and keeping us on alert! 1. Do not disturb the ghost. © u/kopo27 / reddit     2. All I want is to be a turtle. © momoneymofood / imgur     3. At this age, facial masks are a must. © u/enterfunnyusername / reddit     4. It’s not worth crying over spilled milk. Drink it instead! © reggieCakeJunkie / imgur     5. Keep calm and fall asleep. © Unknown / imgur     6. I was just passing by, when suddenly... © u/B0Bi0iB0B / reddit     7. It seems like he’s excited to get caught. © unknown / reddit     8. Are you
Post a Comment
Read more

6 Reasons Your Toddler’s Tantrum Is Actually a Good Thing

If you think that dealing with kids’ meltdowns is the worst part of parenting, you’ll probably be surprised to know your toddler’s tantrums happen for a good reason. Strange as it may seem, tantrums and crying are beneficial for your kid’s development and psychological state. Changing your attitude toward your kid’s emotional breakdowns may help you understand your child better and maintain a stronger parent-child bond. Here at  Bright Side we’ve studied the advantages of little kids’ tantrums, and here’s what we’ve learned. 1. Your child is learning how to deal with disappointing situations. © AFP / EAST NEWS   © AFP / EAST NEWS   © AFP / EAST NEWS   Tantrums often occur as a result of a child hearing a “No” from their paren
Post a Comment
Read more

It feels like your life is starting all over again the second you first take your newborn baby into your arms. Time and time again, your baby will still steal your heart. Still, new parents, however much they try to prepare, might be anxious about taking care of a newborn, especially if it’s their very first child. You could read all the books in the world but you can never really prepare for what it’s like to have a person’s entire life in your hands! Bright Side has collected some unexpected pieces of advice that can help parents of newborns. 1. Don’t underestimate the importance of body language. Crying isn’t the only way your baby tries to communicate with you. Pay attention to your baby’s body language . Clenched fists could indicate that your baby is stressed or hungry. Repeated kicking suggests your baby might want to play. Even something like pulling on their ears could suggest they are starting to teethe. 2. When breastfeeding, hold your baby with the arm
Post a Comment
Read more
More posts