Madden lives in the U.S. state of Oklahoma. He is 7 years old and was born with a cleft lip (also called schisis) and eyes with two different colors (minnows). Unfortunately, he was harassed on the school bus and this completely changed his image of himself. 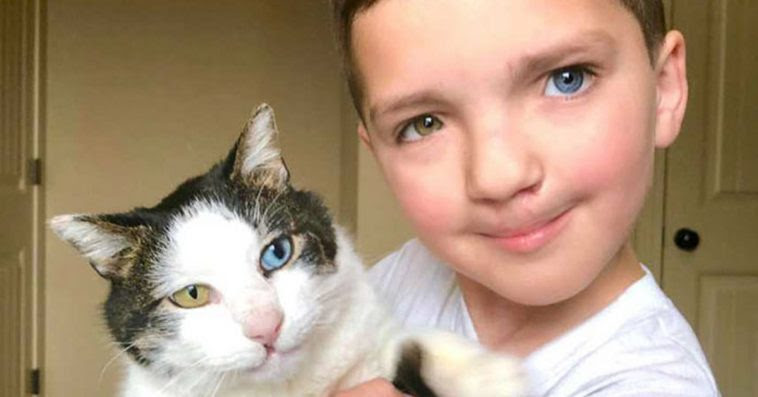 His mother, Christina Humphreys, said on the Love What Matters website that he felt very bad about it. Together, they decided to talk about it, and they made a film peel last year against the harassment they put on Facebook and that went viral. It did a lot of good to his self-confidence and he quickly became the old Madden again

where they find the cat? 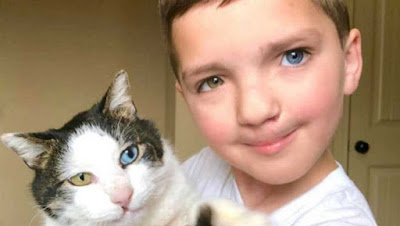 Last week, her parents saw a photo of a shelter cat on the Facebook page for mothers of children with schisis. Not only did the cat also have a cleft lip but also almost exactly the same minnow eyes as Madden!

Her parents did not hesitate for a moment and decided to adopt the cat. The cat was in the state of Minnesota, which is more than 1500 km from Oklahoma. With the help of friends, a road trip was organized to retrieve the animal.

Since then, Madden and her cat Moon have been inseparable! Christina tells us that it is as if fate has brought them together. 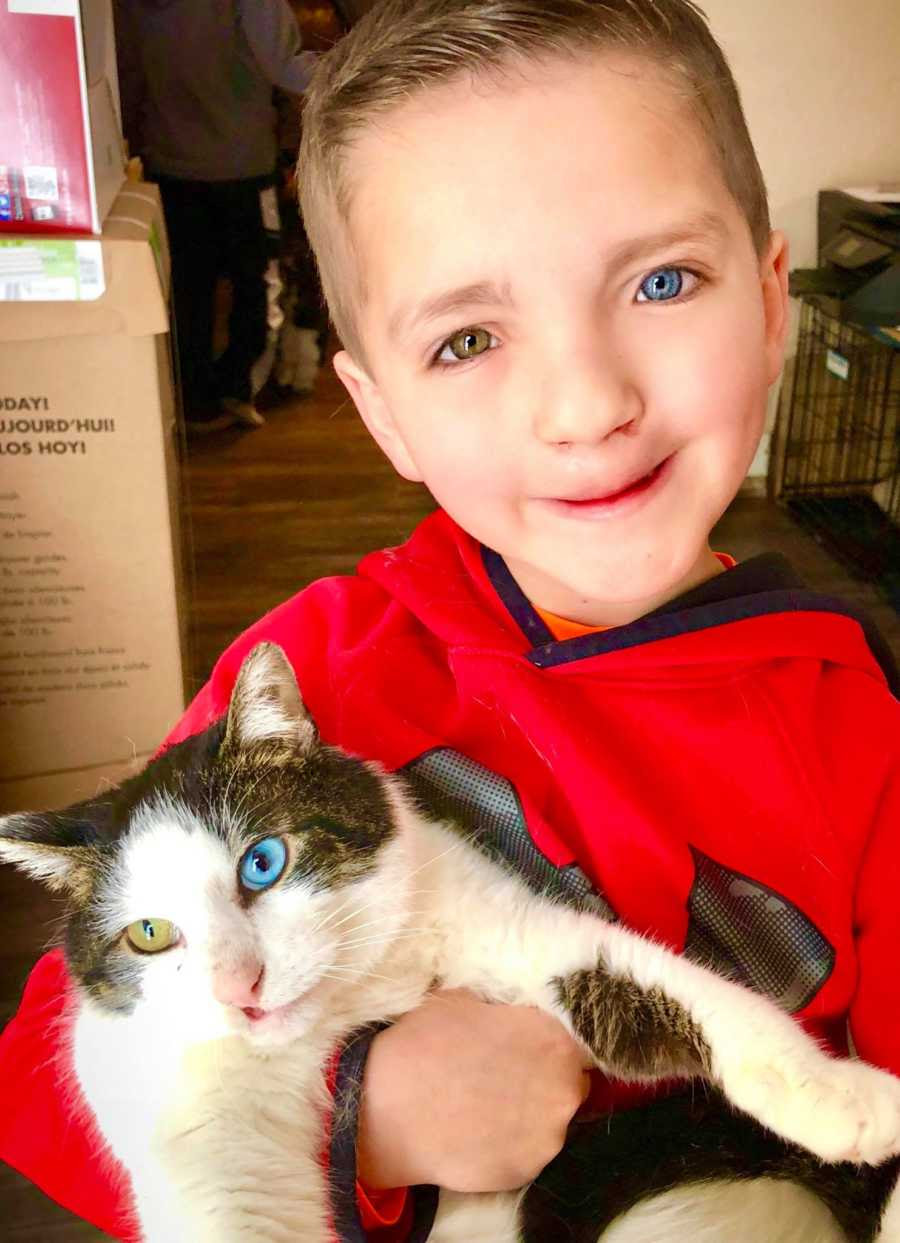 They were both born with the same rare conditions, cleft lip and complete heterochromia iridium 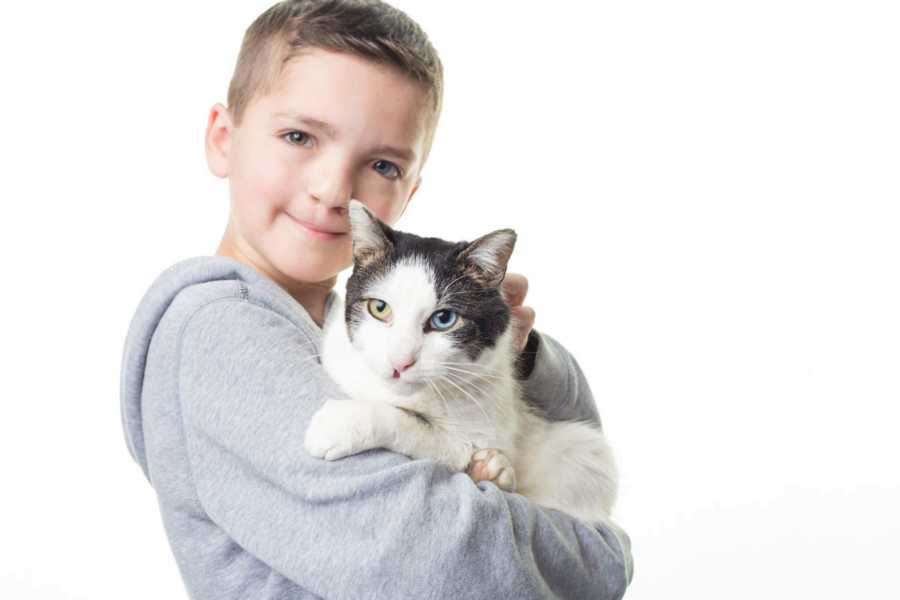 Even though Moon was a rescue from the streets of Minnesota, he was the one who rescued Madden from his loneliness 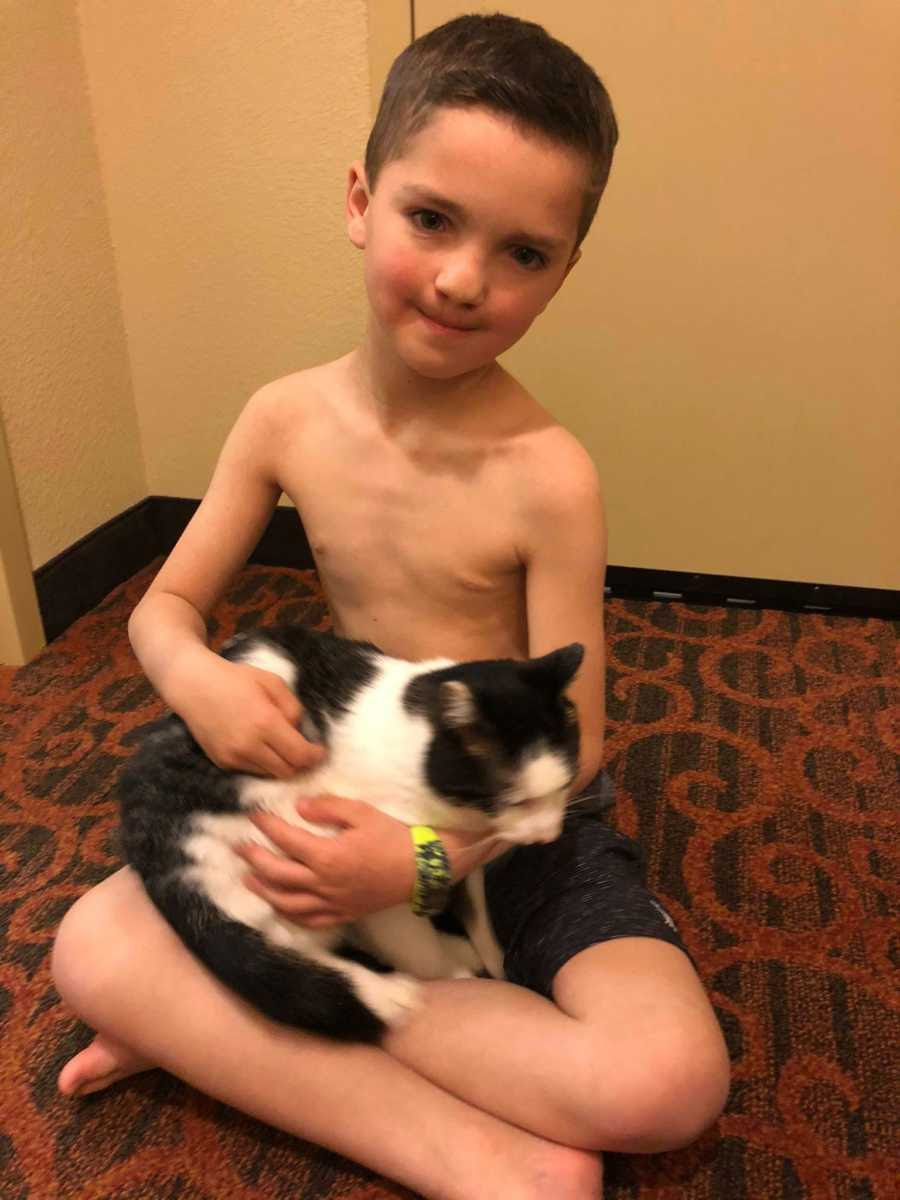 Moon helped Madden realize that being different doesn’t make him a freak, it just makes him unique 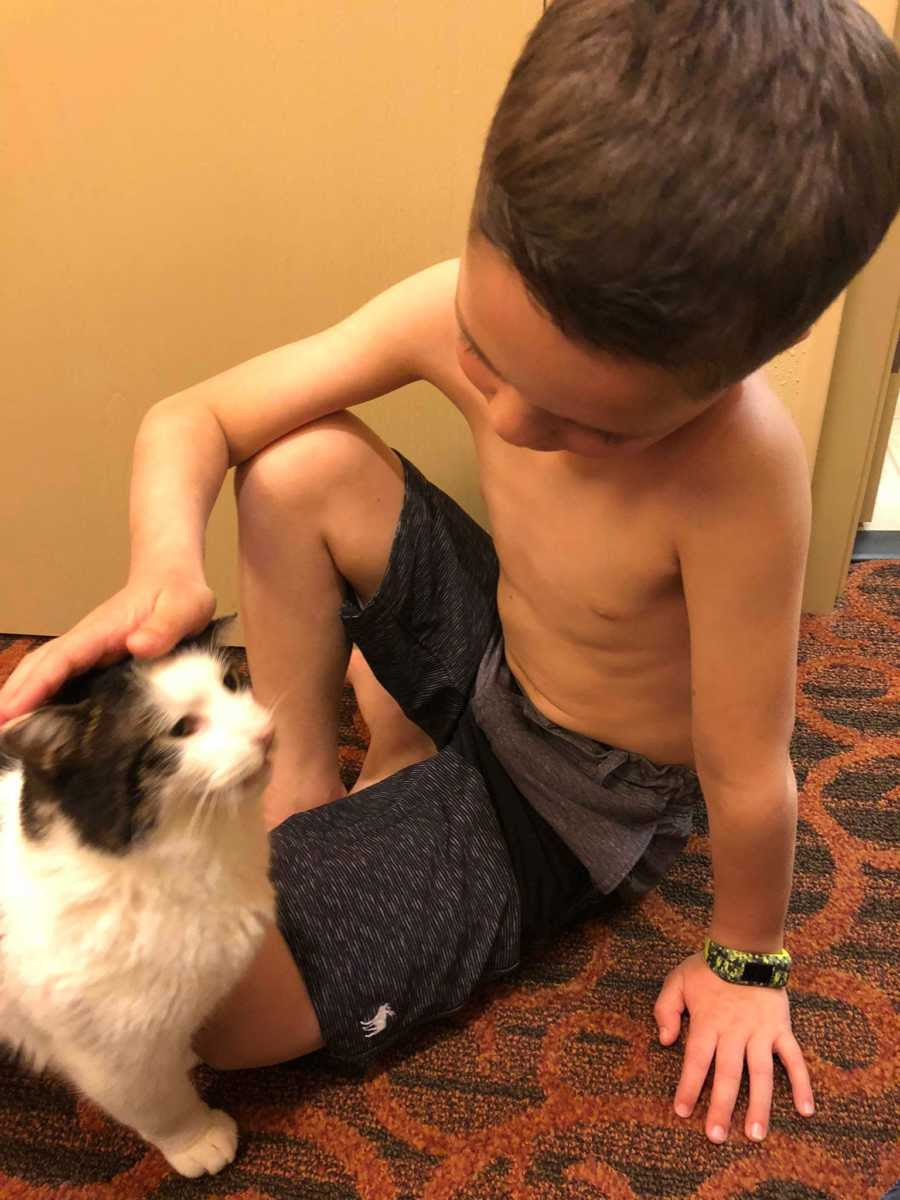 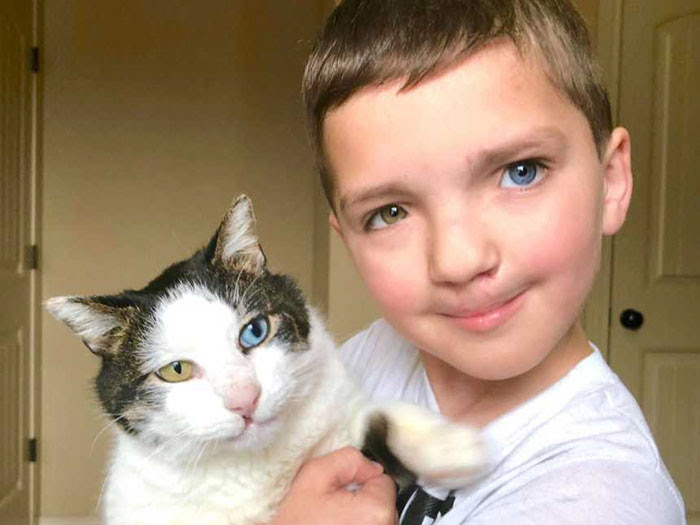 It’s wonderful to see how well the duo is going together! Finding Moon was like finding the winning lottery ticket for this unique duo!

By Michael - May 18, 2020
Email ThisBlogThis!Share to TwitterShare to FacebookShare to Pinterest