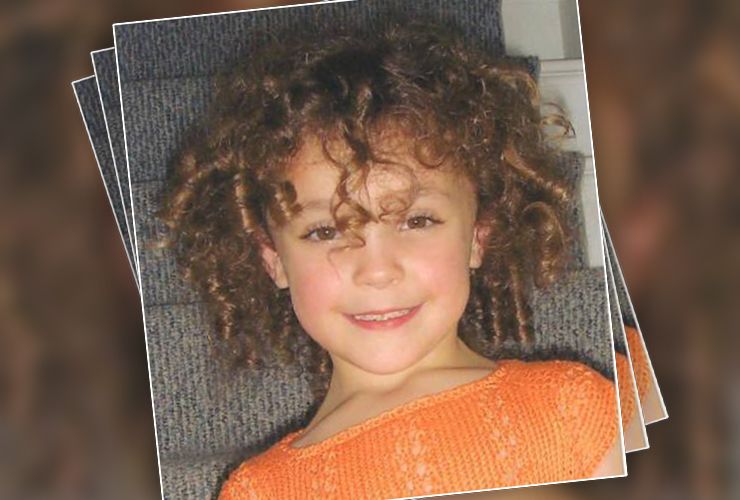 We all have that friend, the one guy or girl who no matter what, can’t seem to get ahead in life. Sometimes it’s due to outside circumstances flying out of their control but most of the time, it’s something inside that’s stopping them from reaching their potential and leading them to bad decisions.

This story begins with a man at the end of his rope, a man who was on the precipice of losing everything. He decided that the only chance he had left to make his life have any meaning, was to do something drastic… 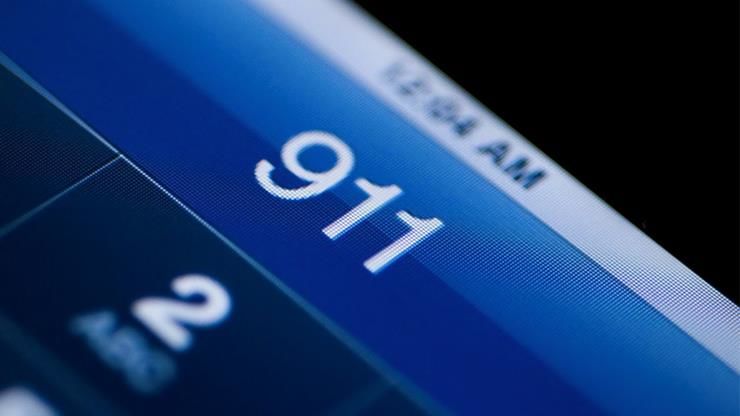 The Mansfield police had received a call. It was around 4 a.m. and someone on Ware Street had called because their friend, who was mentally ill, had left a note saying that he might harm himself. What no one knew at the time, was that the man in question had already done much harm, though not to himself. 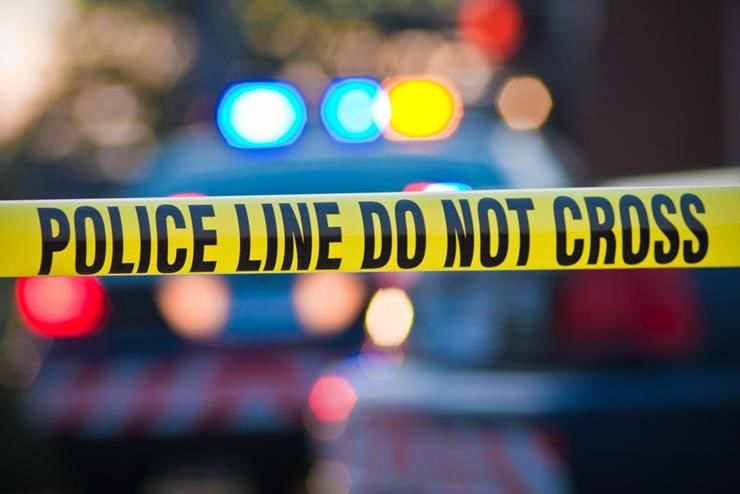 The sun rose on the yellow two-family home on Chilson Avenue, which sits across the street from a Lance Buick and Pontiac dealership. By now, it was roped off with crime scene tape, though investigators were still meandering to and fro, trying to discern what had actually happened that chilly July evening… 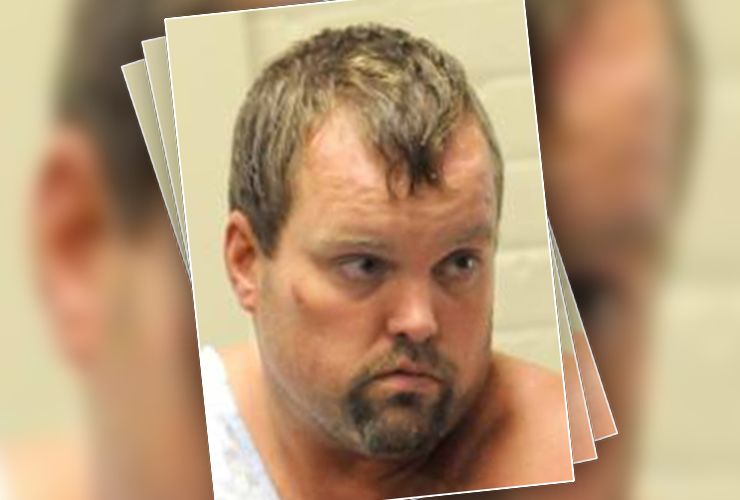 35-year-old Kristopher Griffin no longer lived at the house on Chilson Avenue. He’d been gone for about two weeks, kicked out by his girlfriend, out of fear that his antics and mental dysfunctions would prove a danger to himself or others. He had found refuge at his friend’s camper, which sat nearby at 85 Ware Street. 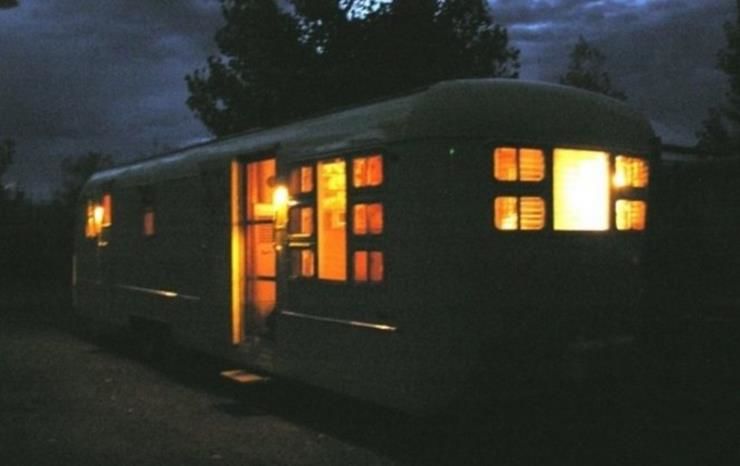 Yet it seemed that he did not want to be parted from his family. While he sat alone, sleeping in a drafty camper, his girlfriend and daughter remained at the home they once shared. The thought gnawed at him and drove him to do something rash, something that he would regret for the rest of his days…

Griffin’s girlfriend, Deborah, generally lived in the home with a number of other children who stayed at the home, but they were all out at the time. On that night though, only the girlfriend and their daughter, Kaitlynn were home when Griffin, sitting alone in his camper, decided to pay a visit.

This photo illustrates a home break in at night through a back door from inside the residence.Featured image credit: www.kclr96fm.com

Griffin decided that he could take it no longer. It was around 3 a.m. and everyone at the house on Chilson was sound asleep. He managed to slide the screen in the side door of the home and creep inside. As to what was on his mind when he arrived, what plans he had now that he was back, they would only be revealed in the coming hour…

Keep an Eye Out 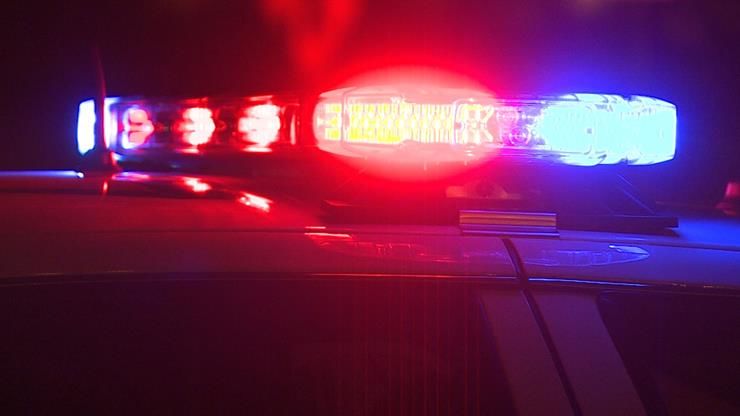 When the first 911 call had come in, officers were dispatched to Ware Street to find out if Griffin was ok. When they didn’t find him at the camper, the officers drove around and notified patrol in the area to be on the lookout for the man and to be wary, as he might not be in a good frame of mind. 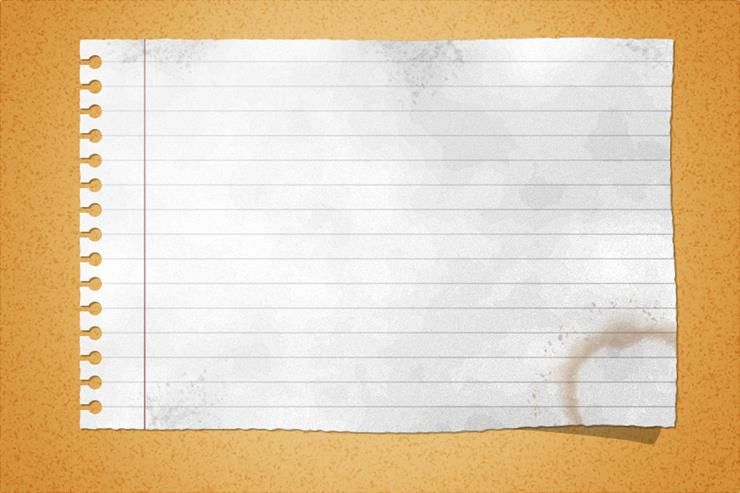 15 minutes after the initial call, the residents at the Ware Street address called 911 back. Not out of impatience, but because in exploring the camper, they’d found a second note. This one was not about Griffin harming himself, but had a much more worrying message. In it, Griffin was asking forgiveness for “sending Katie to heaven”… 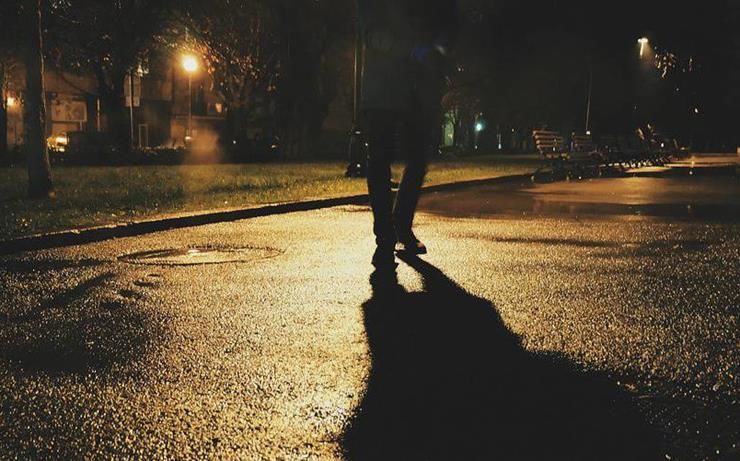 The police found him shortly after that, walking about a half-mile from the Ware Street address, shoeless and claiming that he was heading to CVS to pick up his medication. The officers took him to the side of the road and spoke to him softly. They had to be sure that Griffin hadn’t harmed his daughter, as he said he would in the note.

Blood on his Hands 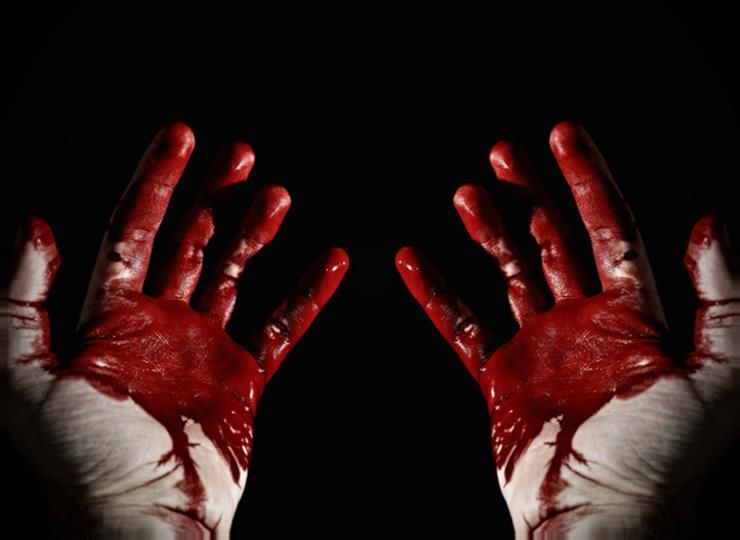 As if his manic wandering hadn’t been proof enough, Griffin had traces of unidentified blood on his hands and clothing. When asked whether or not he had harmed the child, Griffin replied with a cryptic and worrying, “She’s gone.” And things only got worse from there… 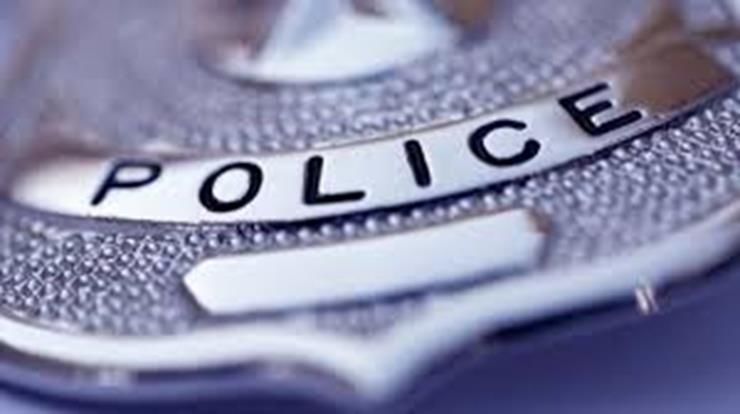 He made suicidal comments and even asked the police to shoot him. But the violence didn’t stop once they got him in the back of the cruiser, as he tried to bash his head on the roof. Meanwhile, while they tried to contain him and calm him down, a new group of officers were sent to the house on Chilson to make sure that little Kaitlynn was safe.

Unfortunately, by the time police were dispatched and arrived at 93 Chilson Avenue, it was far too late to do anything about it. Griffin’s single-minded purpose during his earlier home invasion had the desired result. A short search of the house found that six-year-old Kaitlynn wasn’t in her bed as her mother believed, but was in the basement covered by a blanket. Griffin had killed his own daughter… 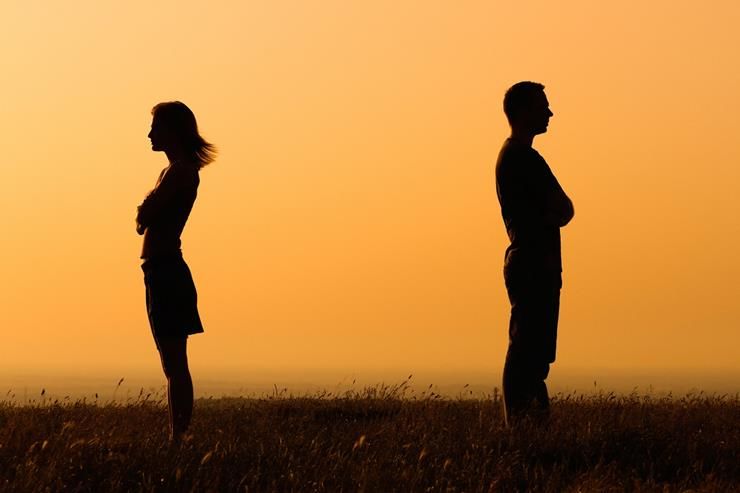 It seemed that the recent breakup with Deborah Mons had snapped Kristopher Griffin and he had been hospitalized at Sturdy Memorial Hospital as recently as two weeks before the night of the murder. It was for this reason that Deborah broke up with him in the first place. His history of mental illness was too much of a risk. 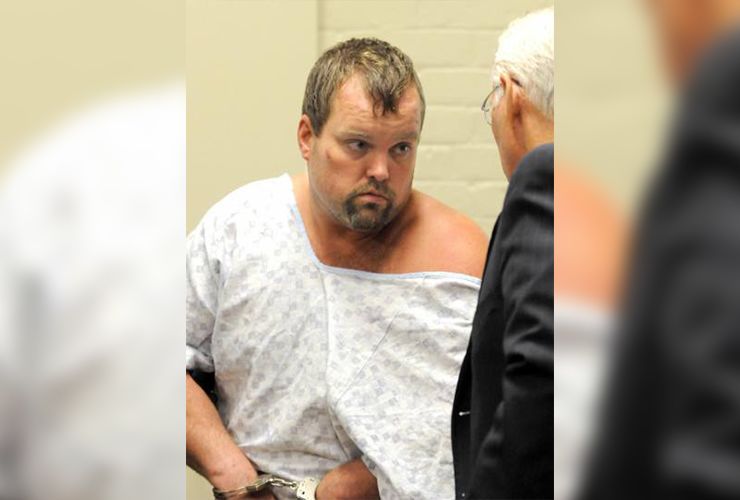 Kristopher Griffin during his arraignment in Taunton for the murder of his daughter in Mansfield early Friday morning. Above he looks at his attorney Joseph Krowski.Featured image credit: www.thesunchronicle.com

It got so bad that Deborah had all but decided to move down south with Kaitlynn and her other son, who was not Kristopher Griffins. Perhaps it was this, the thought of his daughter and the woman he considered the love of his life, that drove him over the edge. But if he loved her so much, why kill her?

Kristopher Griffin during his arraignment in Taunton for the murder of his daughter in Mansfield early Friday morning.Featured image credit: www.thesunchronicle.com

In his twisted mind, Griffin truly believed that he was “saving” his child. “Yes, she’s gone,” he told police. “I had to save her. I killed my little girl.” Afterwards, the Chilton neighborhood became awash with theories about what had really been wrong with the man. As it turned out, many of his neighbors didn’t even know he was in the picture, because he kept such a low profile. 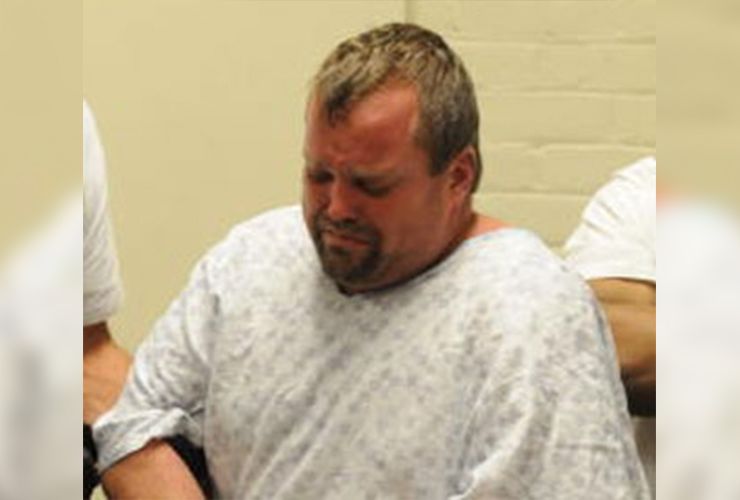 When asked why he did what he did, Griffin told them that he was commanded by God to kill his little girl. That’s right, God made him slash his 6-year-old daughter’s throat with a filet knife. It was an incredulous response but based on his current mental state at the time, it made “sense” in some capacity. He was placed before the judge at his arraignment later that day… 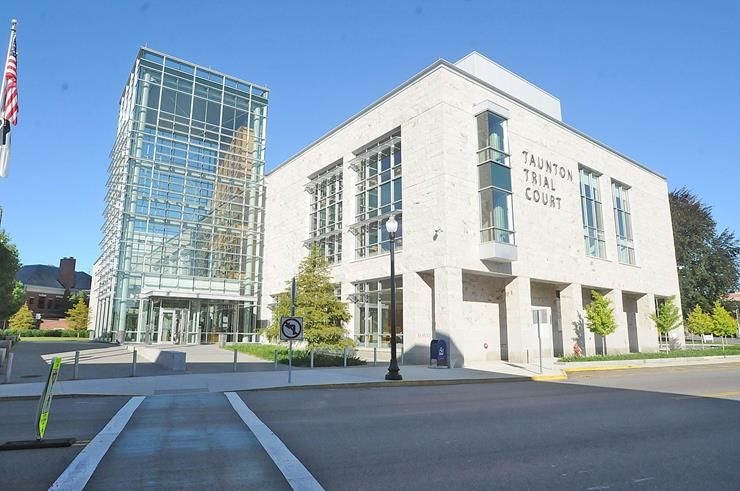 Standing silently before the judge, wearing only a hospital jonny, Kristopher Griffin pleaded innocent in Taunton District Court. He grimaced as he stood there, as if he were in physical pain and reiterated that it was God who told him to kill his daughter in order to save her. He was held without bail. 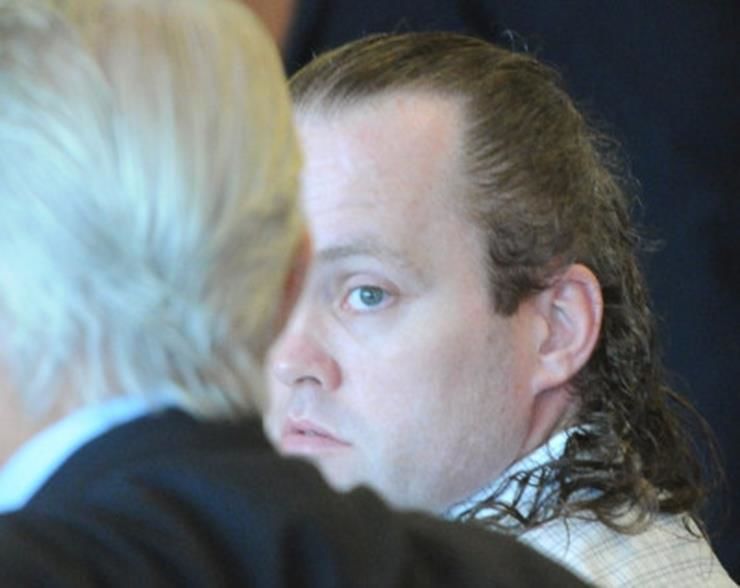 Kristopher Griffin would not be sentenced for another three and a half years. In 2012, the trial finally convened. In their opening arguments, Griffin’s lawyer offered a renewed plea of not guilty, by reason of mental illness. Frankly, it was an easy case to make. After all, “God made me do it” is a pretty outrageous claim to hold on to… 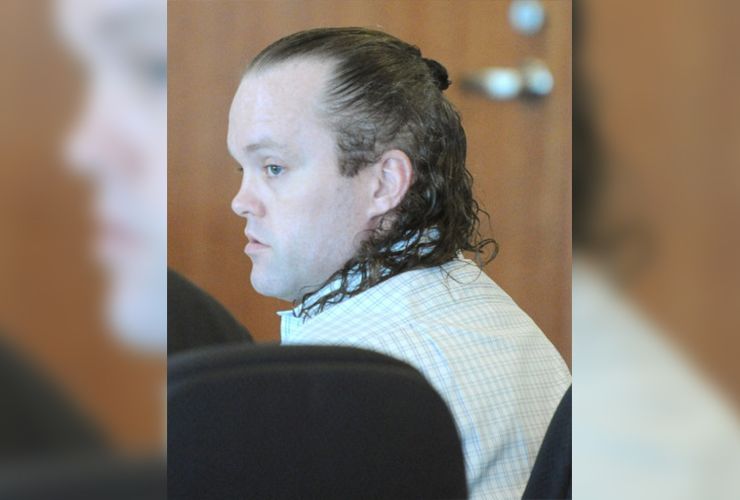 During the course of the trial, a state medical examiner revealed that not only had Griffin cut his daughter’s throat entirely, he had slashed her so hard and with such ferocity, that he had severed the girl’s jugular vein, her trachea, her carotid arteries and her vertebrae in the process. It was a grim description, but it made it clear that griffin was bereft of any ounce of trepidation during the act.


After only an hour and a half deliberation, the jury found Griffin guilty of first-degree murder. The judge sentenced Griffin to life in prison. Finally, justice had been found for little Kaitlynn. Of course, nothing can bring her back, but her mother and family can rest easy knowing that a guilty man will pay for his crimes for the rest of his life.
By Michael - June 17, 2019
Email ThisBlogThis!Share to TwitterShare to FacebookShare to Pinterest