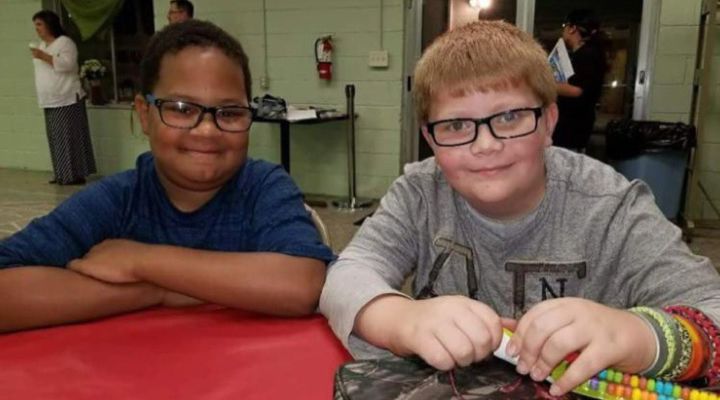 Love is the most powerful force in the world and nothing, not even death, can break or diminish the love that exists between two people.

In 2018, a Michigan 12-year-old tragically had to say goodbye to his best friend after he spent months in the hospital fighting for his life. Even after he passed, however, his best friend never stopped loving him and has gone above and beyond to show how important their bond really meant to him... 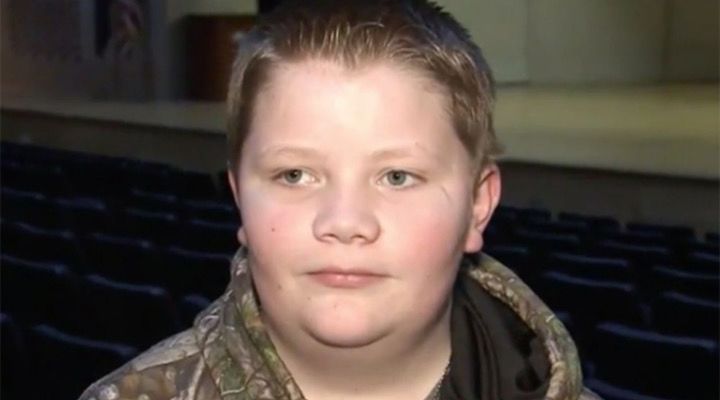 
When 12-year-old Kaleb Klakulak was about to start the second grade, his entire life was turned upside down. At the time, his parents had recently gotten a divorce and Kaleb moved with his mother, Kristy Hall, to Warren, Michigan, which is about 30 minutes outside of Detroit. 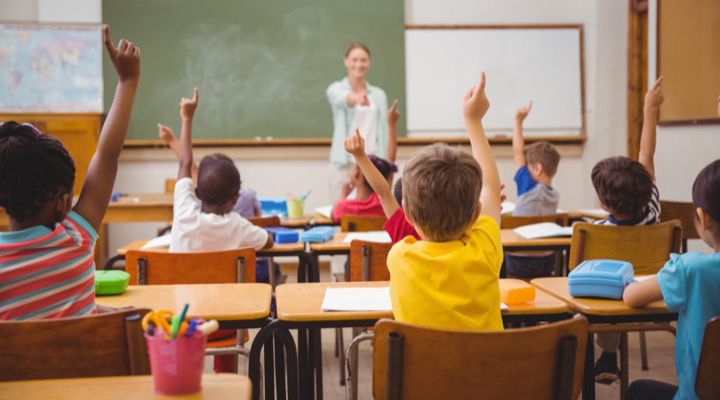 
According to Hall, her young son was shy and quiet. Kaleb didn’t normally make friends easily, so being the new kid in town and at school was particularly challenging. Thankfully, however, Kaleb ended up meeting another boy at school and the two quickly bonded.


Kaleb’s new friend, K.J. Gross, was also shy and didn’t have many close friends. After meeting and becoming friends, the two boys formed a close bond and spent almost all of their free time together outside of school. "It was fun because he liked almost everything I liked," Kaleb told CNN. 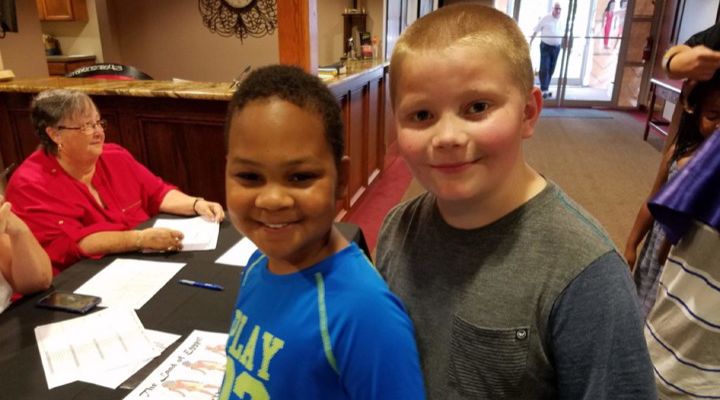 
"K.J. coming into our life was amazing. He had all this excitement,” Hall told CNN. "I think they liked each other because they 'got' each other," she added. "They were both able to just be themselves and be together without having to impress the other one."

Brothers Of A Different Race 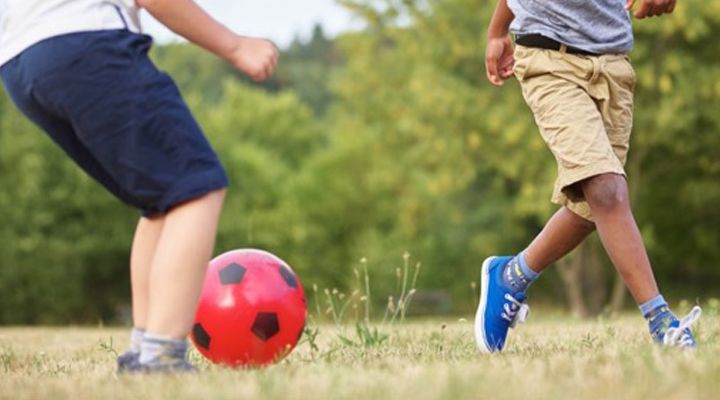 
"They were like two of a kind," K.J.'s mom, LaSondra Singleton, told CNN. LaSondra also explained to the New York Times that K.J. and Kaleb acted more like brothers and even looked alike. “Fat cheeks,” Singleton said. “I call them brothers, just of a different race.” 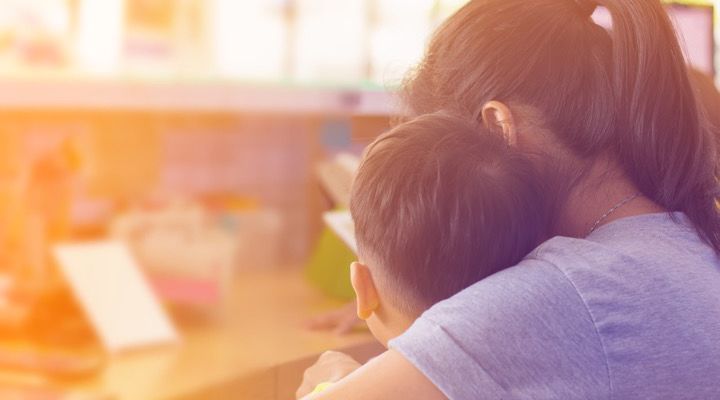 
According to Hall, she and Singleton also formed a close bond. Not only were their sons best friends, but they could relate to each other. "We were both single moms at the time, sharing our stories and taking comfort in each other," Hall explained. 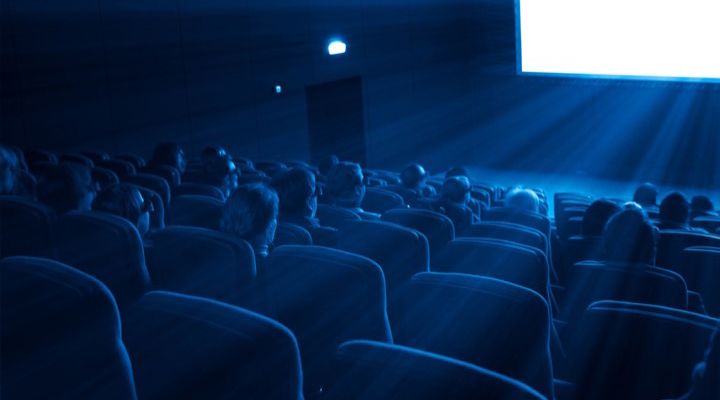 
According to both Hall and Singleton, K.J. and Kaleb would spend hours at each other's homes. They would often play video games together, go to see movies, or even go to church together. Kaleb was also happy to do whatever K.J. could manage since he struggled with his health his entire life.

A Lifetime Of Health Problems 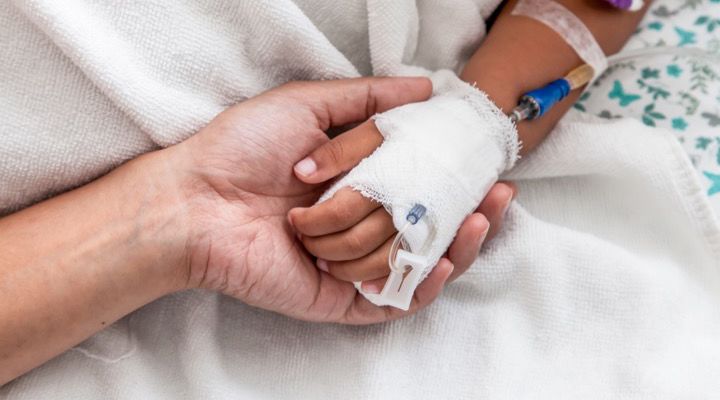 
When K.J. was just 13 months old, a flu shot he received made him sick. Tragically, his health struggles didn’t end there. Shortly after getting sick from the flu shot, doctors discovered K.J. was also sick with leukemia and they immediately started treating him. Throughout his life, K.J. received two bone-marrow transplants and several other surgeries. He also underwent years of chemotherapy and radiation in order to beat cancer twice as a child. Yet no matter was K.J. was going through, he never complained about it. 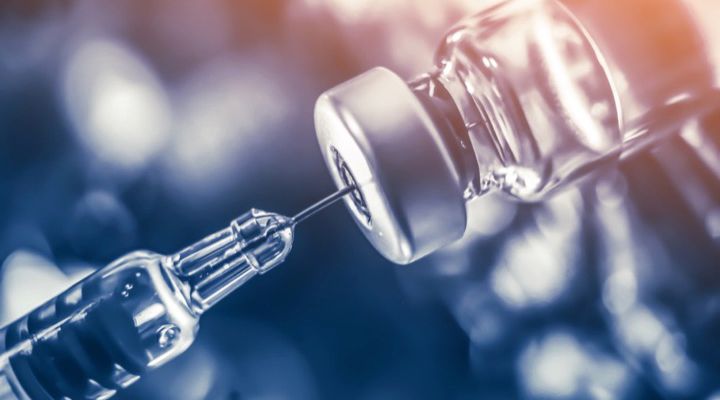 
“He was happy even though he went through all that stuff,” Kaleb told the New York Times about his best friend’s amazing attitude. As a result of the various treatments, K.J. developed severe allergies and sometimes he wasn’t well enough to go outside to play.

Inseparable From The Beginning 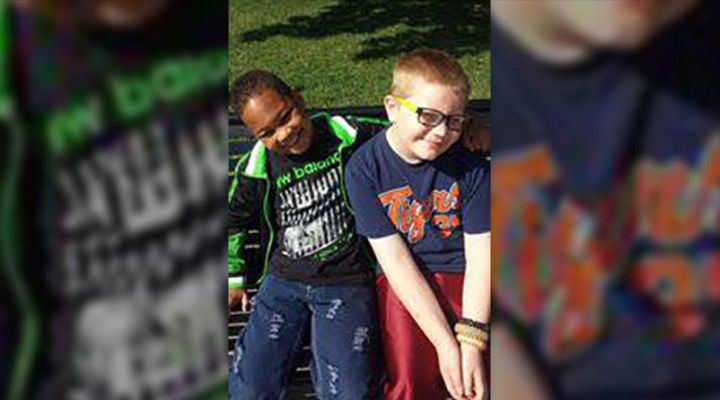 
Whenever K.J. wasn’t feeling well, Kaleb would do whatever K.J. wanted. Sometimes, that meant painting or playing video games without even talking. "When he couldn't go out and play, Kaleb would come to our house and play," Singleton said. "They were inseparable from the beginning to end of their relationship."

Back To The Hospital 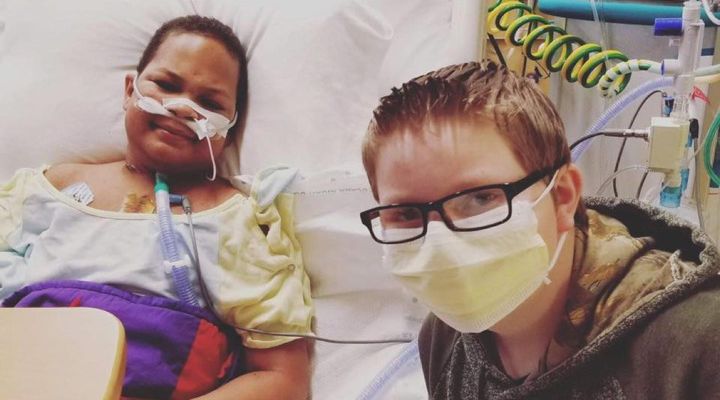 
However, in December of 2017, K.J.’s condition started to get worse. When he failed to recover after taking some time to recuperate, Singleton started to worry that something was seriously wrong with her son again. So in January of 2018, she brought K.J. to the hospital. 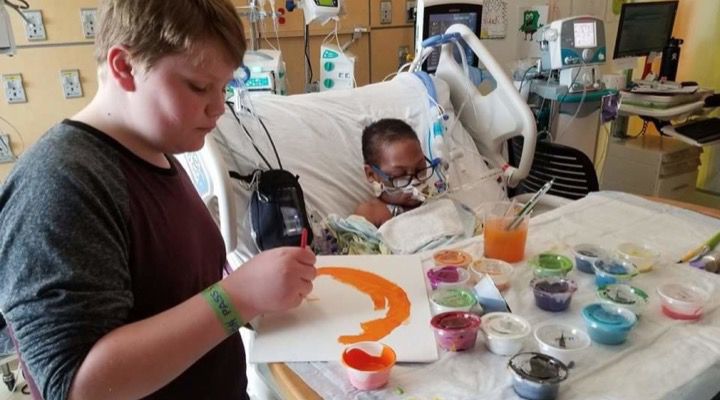 
K.J. was immediately hospitalized and doctors determined that he was suffering from congestive heart failure. Doctors explained that K.J.’s heart was struggling as a result of side effects from years of chemotherapy and radiation during his battles with cancer. Because K.J. was suffering from congestive heart failure, the only way the 12-year-old could possibly get better was by getting a heart transplant. According to Singleton, when she found out she immediately knew K.J. faced another long road ahead of him.

Waiting For A Heart 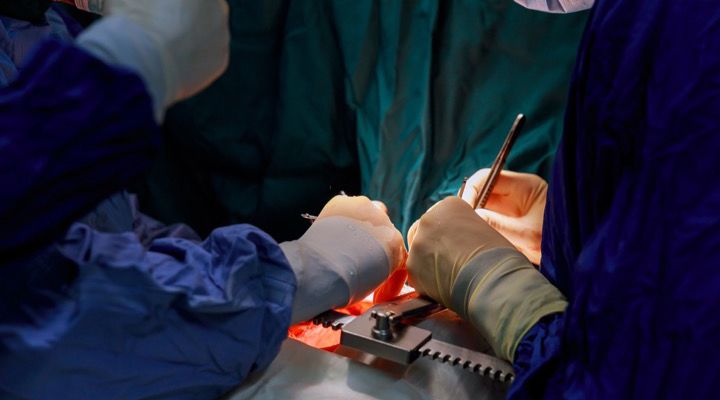 
Since K.J. had been exposed to so many antibodies, Singleton knew it would be difficult and take a while to find the right heart that wouldn’t get rejected. While they waited for a heart, doctors tried to make K.J. as comfortable as possible and give him the best quality of life while in the ICU. 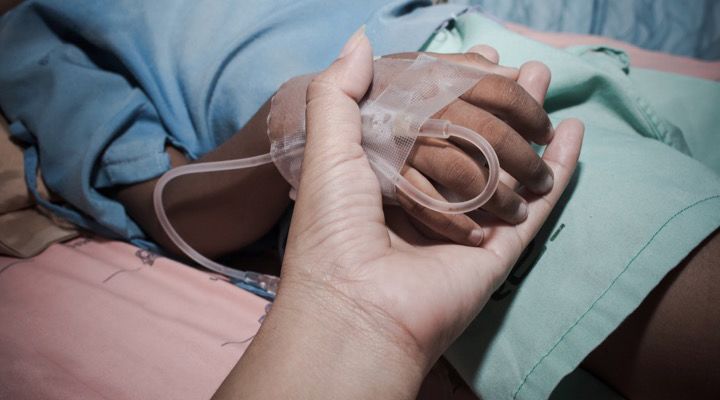 
“But it didn’t work out that way,” Singleton said. “We packed up and we moved into the hospital,” K.J.’s mother, San Singleton, told WXYZ. “And everything that they did for K.J. thinking it would give him a better quality of life, it did the opposite.” 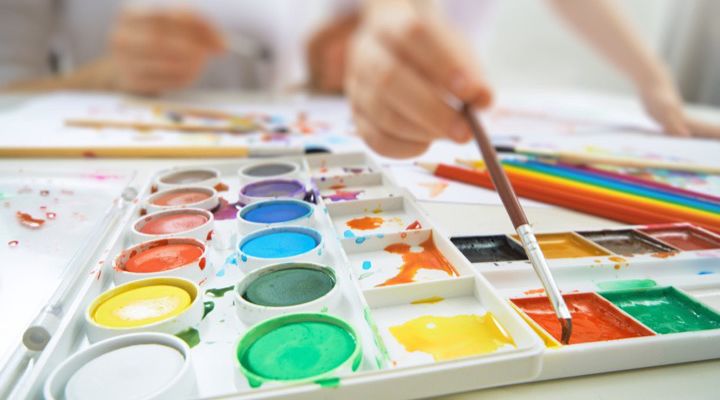 
At one point, K.J. had a tube down his throat and couldn’t talk. When he started getting depressed, doctors asked Kaleb to come in to cheer him up. So for months, Kaleb spent every Tuesday visiting his best friend in the hospital. "I would bring Kaleb down there once a week to paint and play games with him," Hall said. "The hospital kind of bent the rules a teensy bit for him so his best friend could hang out with him." 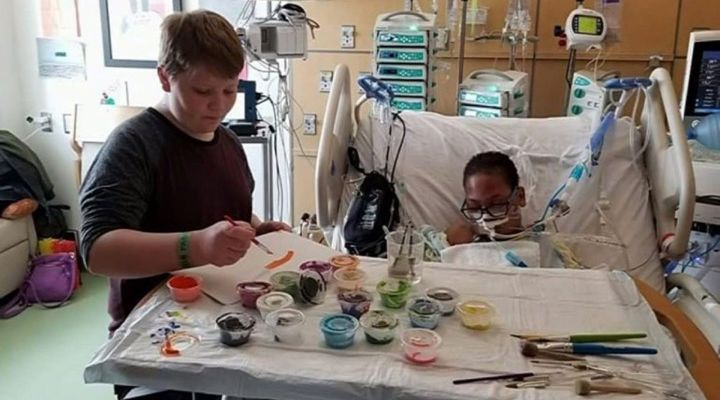 
Kaleb always believed his best friend would pull through and get healthy again like he always did in the past. Unfortunately, that didn’t happen. On May 1, Singleton called Hall to tell her that K.J. had taken a turn and that they were going to take him off life support. Hall brought Kaleb straight to the hospital so he could see his friend one last time and say goodbye even though K.J. was unconscious. 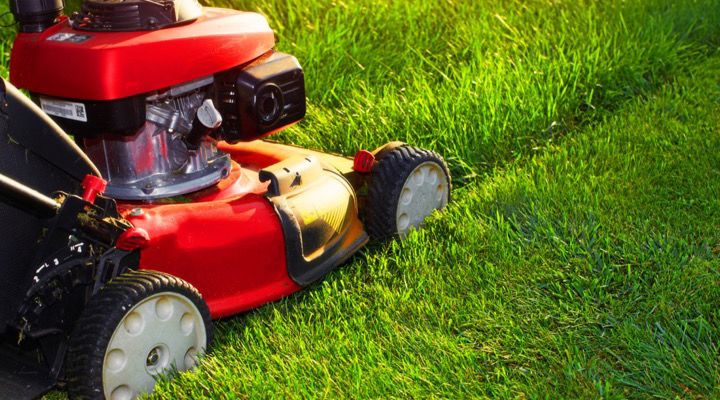 
K.J. died that day surrounded by his mother, Hall, Kaleb, and the rest of his family. Shortly after, Kaleb discovered Singleton couldn’t afford a headstone for K.J. since she had stopped working when K.J. went into the hospital. At that point, Kaleb became determined to help pay for the headstone. “I love Ms. San,” Kaleb told Detroit News. “I was sad she couldn’t afford it. I wanted people to be able to find (K.J.’s grave) when they went to see him.” 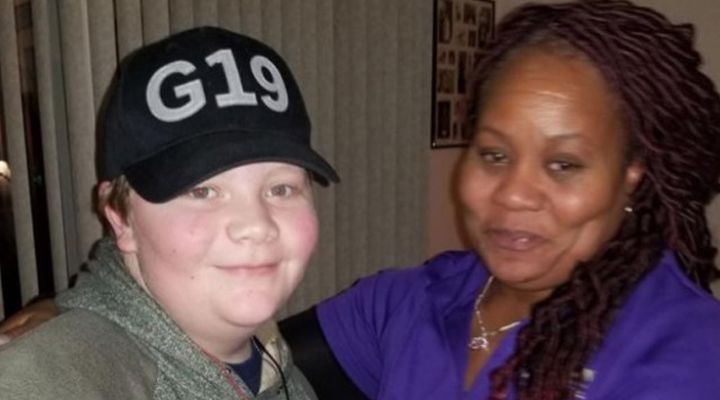 
Kaleb started collecting and recycling bottles and doing odd jobs like raking leaves. He saved every last penny of the money he earned. By Thanksgiving of 2018, Kaleb had saved $900 and surprised Singleton with the money. “That just blew me away,” Ms. Singleton said. Kaleb and his mom also set up a PayPal account to raise donations. They set their goal at $2,500, yet they quickly exceeded that goal when donations started pouring in. 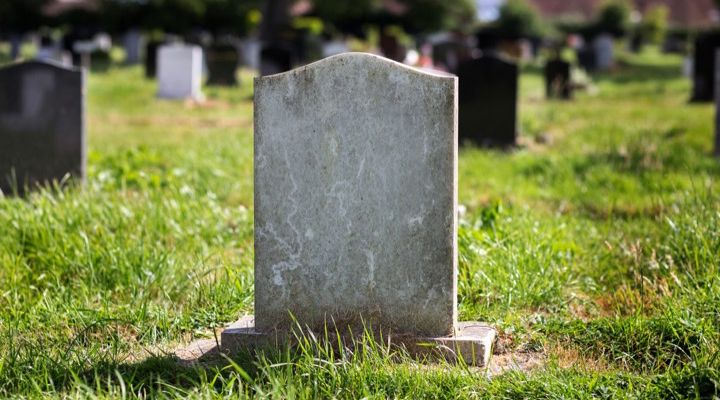 
Singleton purchased a headstone for K.J. and had it inscribed, ‘KJ Gross - Cherished brother, son, and friend.’ Now, both Singleton and Kaleb have a place to visit K.J. as they try to honor his memory. "I knew that they loved my son when he was alive," Singleton said. "But I really really know that they love my son because even in his passing they're still trying to help me." 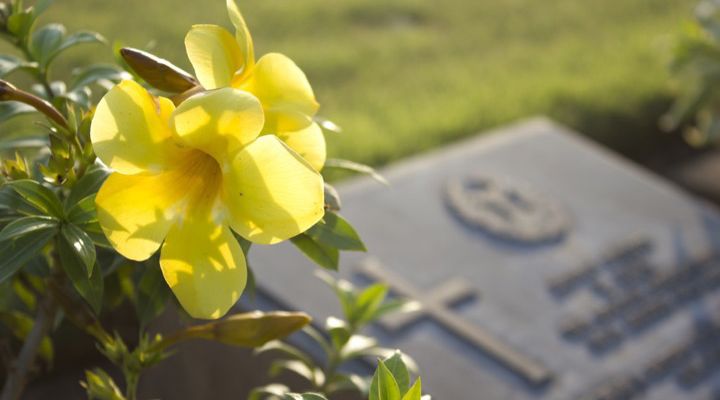 
“My son’s not here, but (Kaleb) still loves my son enough to (do) this,” Singleton told Detroit News. “It just speaks volumes to the type of people that they are, and it speaks to the type of person that K.J. was — he impacted people to where they want to do this for him.”
By Michael - June 17, 2019
Email ThisBlogThis!Share to TwitterShare to FacebookShare to Pinterest