Anyone that has ever lived with a dog knows he or she has an opinion about certain things. They will howl or act in funny ways to let you know what they think. It's part of the fun of having a canine as part of the family. They often put smiles on your face when you are feeling glum. 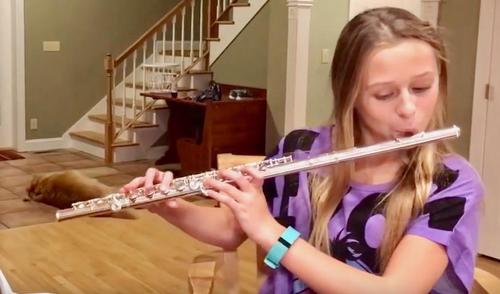 Save
This video showcases how a "grumpy dog" earned his nickname. A girl is practicing the flute. The dog had a definite opinion on her talent. 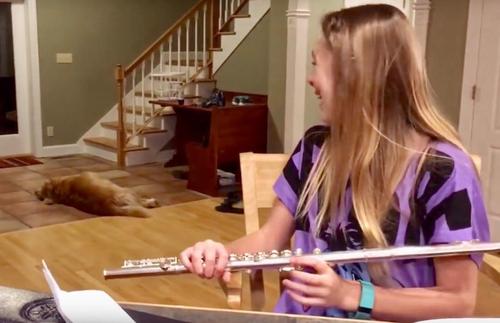 Save
Parents often brace themselves to get through the hours and hours of their child's instrument practice. You may be one of those parents. What you may not have thought of, or have forgotten, is that pets have to go through this practice time.
This golden retriever has had enough. He wanted to let everyone know his opinion of his girl's playing time. 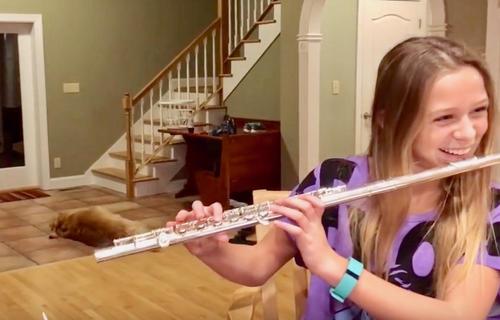 Save
The girl knows what's up with the pup. As she plays, she anticipates her dog's funny response. The doggy's nap gets interrupted and he decided to sing along with the girl's tune. Each time she plays a line, the dog's response becomes more dramatic. He's letting the world know he doesn't appreciate being woken up and disturbed. The girl just responds to each complaint with more music.
The entire family is left roaring with laughter!! You will too!!

So, do you agree with the pup's complaints? How does your family pet respond to musical practice? Do you know someone who would appreciate the dog's opinion?