Tourist fined for wearing nearly non-existent bikini: 'It was literally a string'

A Taiwanese woman was slapped with a fine over her tiny bikini bottoms while vacationing in the Philippines this week.
The traveler, believed to be in her early 20s, caused a stir on social media with her bold swimwear choices on both Wednesday and Thursday while soaking up the sun on the popular tourist island of Boracay.
Photos of the beachgoer's risque attire began circulating on social media, where they caught the attention of the Boracay Inter-Agency Rehabilitation Management Group (BIARMG), which notified police. 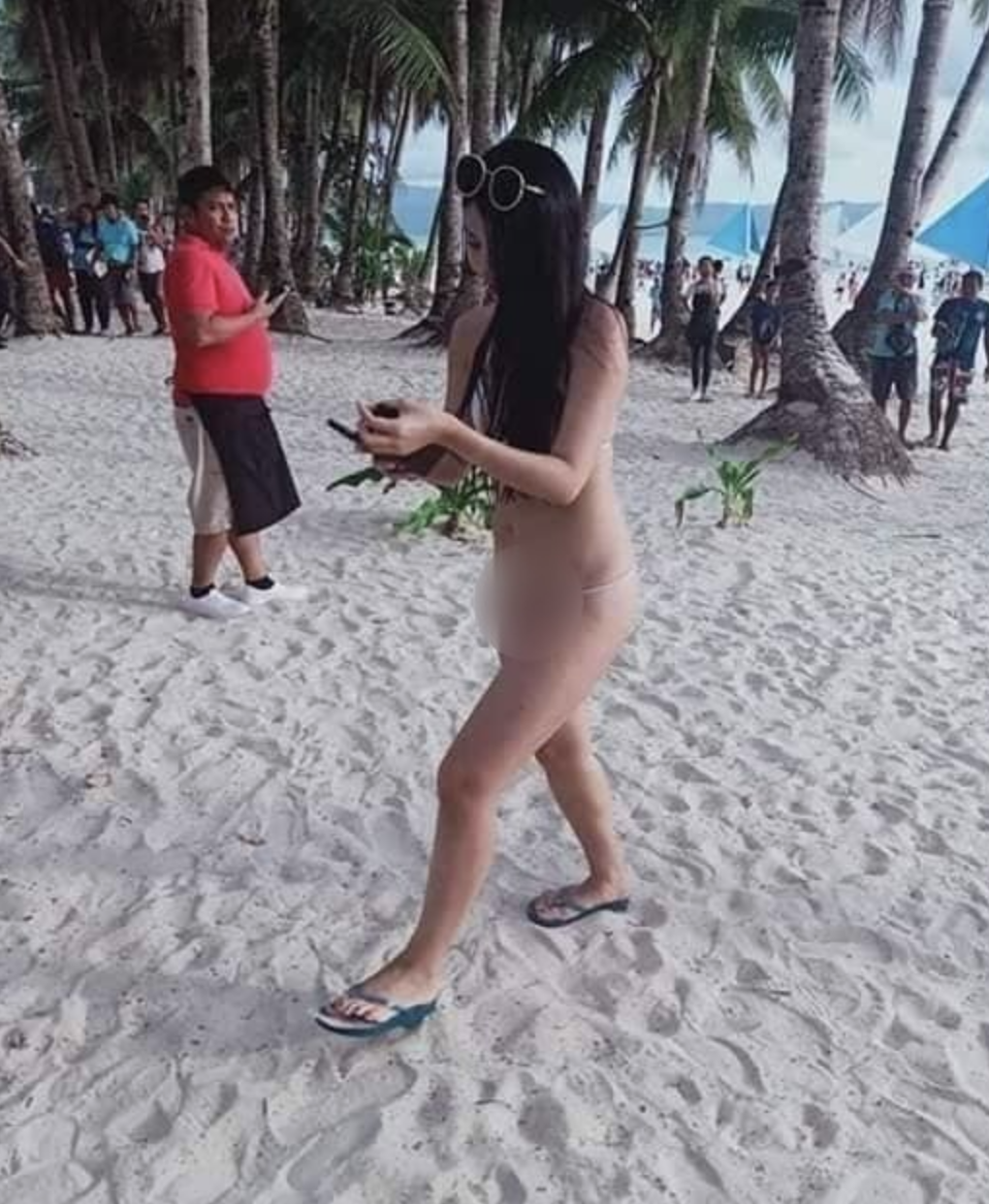 Photo: Facebook
Maj. Jess Baylon, police chief of Malay town, which includes Boracay, told the Philippine Daily Inquirer that authorities were able to track down the tourist at a hotel with her boyfriend. The pair, along with a hotel representative, were then brought to a local police station on Thursday evening.
"Several residents and tourists took photos of her on Wednesday and Thursday because of what she was wearing," Maj. Baylon told the Inquirer. "It was literally a string."

By Michael - December 31, 2019
Email ThisBlogThis!Share to TwitterShare to FacebookShare to Pinterest