Water-Activated Street Murals Come to Life When It Rains

PANTONE recently collaborated with the School of the Art Institute of Chicago‘s designers and art directors to transform Seoul, Korea’s streets during the dreary monsoon season. The appropriately titled Project Monsoon venture began with the creative team painting Seoul’s somber roads with hydrochromic paint–a type of paint that changes from transparent to opaque when it gets wet–to form colorful murals inspired by South Korean culture. East Asian customs focus on the river and its elegant flow, which is exactly what the designers wanted to capture in their public works of art. These exuberant pieces are then unexpectedly unveiled as rain falls from the cheerless gray sky and the water droplets come in contact with the ground.
Amidst a gloomy rainstorm, passersby are given something to smile about as an underwater world filled with swimming fish and turtles appears right before their very eyes. Since it can rain for up to three weeks during monsoon season, the residents of Seoul will have something to look forward to whenever they find themselves reaching for their umbrellas. 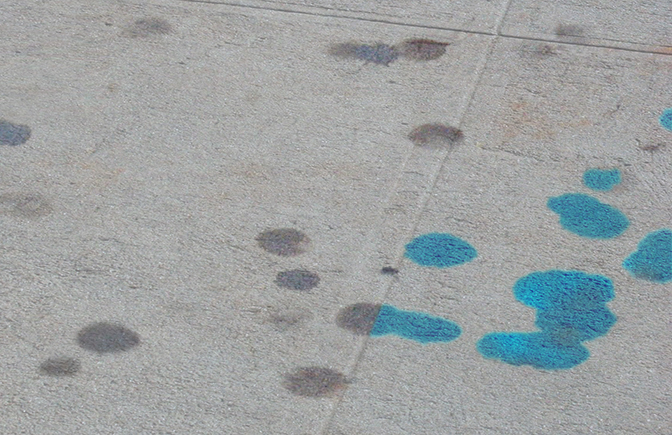 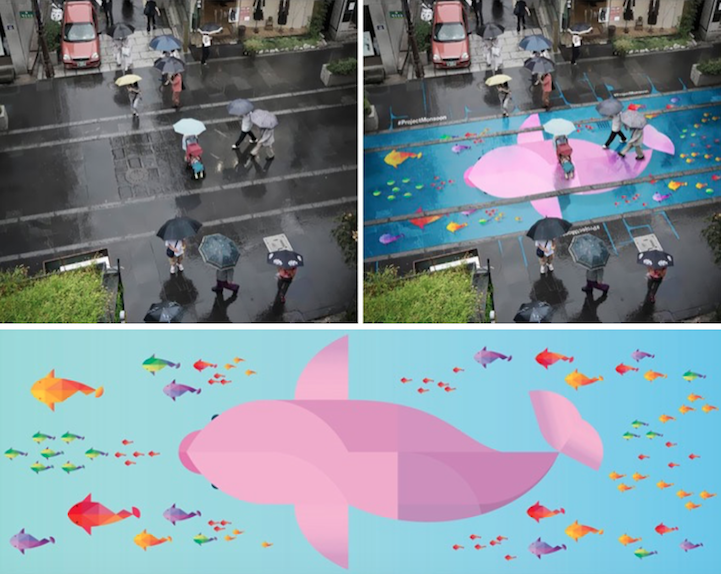