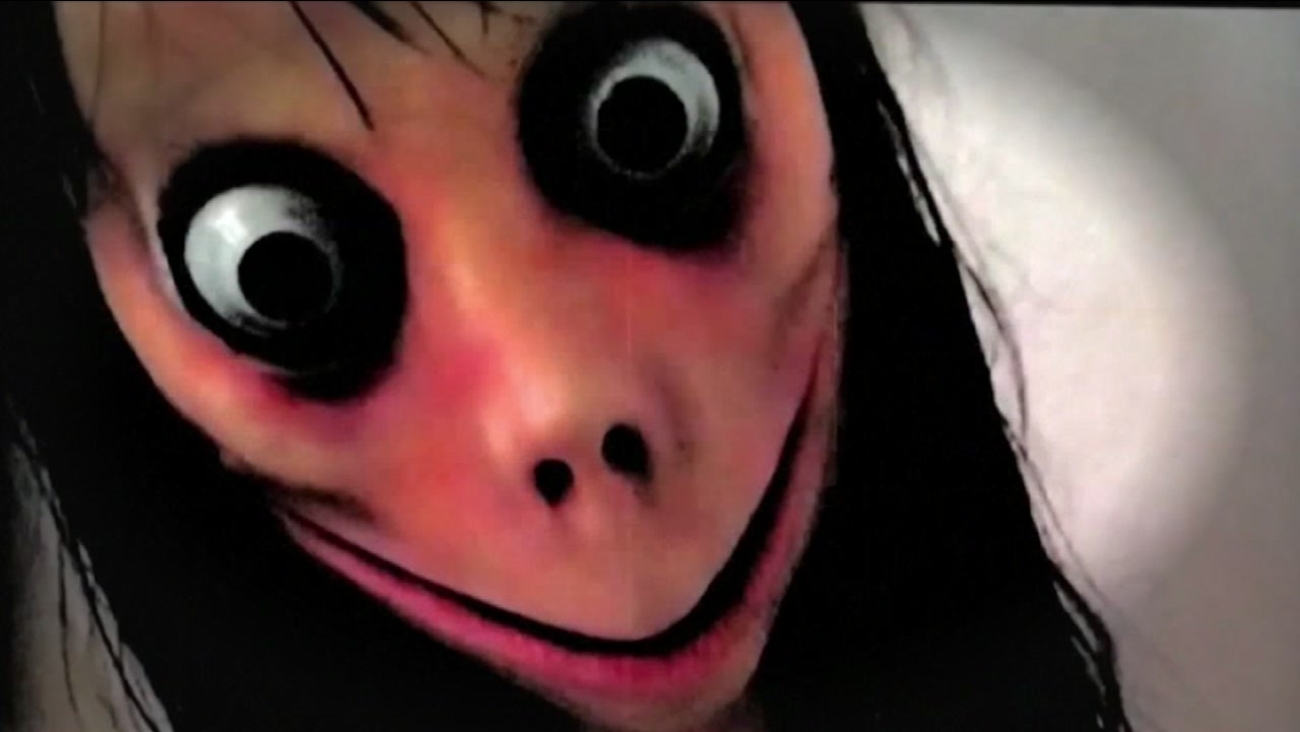 The Momo Challenge first popped up a few years ago and is now resurfacing.
Saturday, March 2nd, 2019 2:59AMNEW YORK -- The latest parental panic on social media - over a purported challenge for kids to complete harmful tasks - elevates the importance of establishing an open dialogue with children and taking advantage of online parental controls.

Warnings about the "Momo challenge" swept Facebook and other social media in recent days, as parents worried about purported videos that encourage children to hurt themselves or do other harmful tasks such as turning on stoves without telling their parents. The parental warnings were accompanied by a disturbing image of a grinning creature with matted hair and bulging eyes.

But the challenge is believed to be a hoax. It's unclear how many videos exist or to what extent they have circulated, among children or elsewhere. Some videos might have been made in response to media attention surrounding the challenge. Meanwhile, the image of the grinning creature is reportedly from a Japanese sculpture.

Fact-checking site Snopes said the challenge first appeared in mid-2018 linked to suicide reports without actual evidence. YouTube said it hasn't received "any recent evidence of videos showing or promoting the Momo challenge" on its service.

So why the panic? Experts say internet hoaxes focused on children tap into fears that parents have about protecting their children online and elsewhere. In addition to anxiety about "screen time " in general, there is certainly plenty of problematic videos that children shouldn't watch. It's hard for parents to police everything children do online.

"All moral panics feed on some degree of reality, but then they get blown out of proportion," said Steve Jones, a professor of communications at the University of Illinois at Chicago.

These hoaxes echo panics from decades past, like the false belief in the 1980s that teenagers were hearing Satanic messages in rock song lyrics, he said.

"Once the internet is involved in the mix, things get speeded up and they get more widespread," Jones said.

The most important thing parents can do is to establish an open dialogue with their children about what they're seeing online and hearing from other children, said Jill Murphy, editor-in-chief at Common Sense Media, a San Francisco-based nonprofit group focused on kids' use of media and technology.

"Parents are increasingly frustrated with feeling surprised or caught off guard by what is being put in front of their kids," she said. Whether the "challenges" are real or not, she said, "they elevate the idea that they may or may not know exactly what their kids are absorbing through these platforms."

That's why talking to children is important, she said. "Take the right time to have an age-appropriate conversation, and help your kids understand not everything on the internet is real."

She said parents should also take advantage of parental settings built into many products and services. Most web browsers can block certain websites, limit what children can see and provide a report about what sites a child visited. Smartphones and tablets can limit screen time and access to apps. YouTube Kids lets parents disable search and turn off "autoplay." Murphy said these free tools are good enough; no need to pay for third-party parental apps.

Another option is to download apps from shows or channels directly rather than going through streaming services such as YouTube. PBS, Peppa Pig, Nick Jr. and other popular services for kids have their own apps, with pre-screened videos deemed appropriate for kids.

And though it may seem contradictory, going online to research the hoaxes could also help. The Momo hoax was debunked fairly quickly after people questioned it, Jones said. Give weight to trusted news sources and fact-checking sites like Snopes.com.

"Take a deep breath and go online as strange as that may seem in some sense," he said. "Do some research and try to figure it out for yourself."