The internet is obsessed with cats. Literally. Cat memes are littered across the internet with a populace that's quite astounding. It's no wonder why this Maine Coon kitten has drawn so much attention. 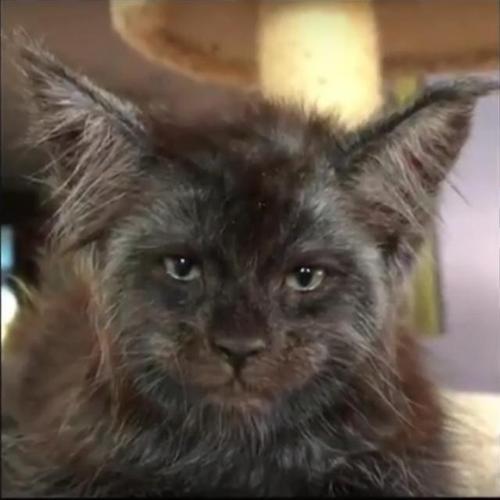 Save
Tatiana Rastorgueva, the owner of a 2 month old Maine Coon kitten (whom she named Valkyrie) merely had to upload a picture on Instagram of her new fur ball before she went viral. Valkyrie, as it turns out, doesn't quite look like your everyday, average Maine Coon kitten.
Tatiana took notice of her kitten's minor abnormalities and wanted all her friends to see. She didn't expect that her kitten's human-like face would be an internet sensation.
Now, "human-like" can mean so many different things. Usually, when animals are personified as human, they have some specific attributes. Sometimes animals make noises that sound like us talking, or they "smile" like us, or protect us. So, even though Valkyrie undoubtedly looks human, it's a toss up for what makes her so human-like to so many people. 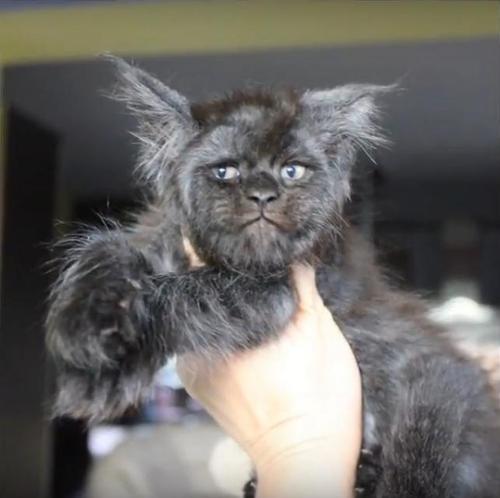 Save
In the pictures, which you can check out here, people have noted that the look in her eyes as she puts on a comforting, surreal expression is what makes her so human like. Others have pointed out that the structure of her bones along her face are truly resembling that of a human face.
Valkyrie, it seems, just has the "it" or "wow" factor that draws so many different people in! 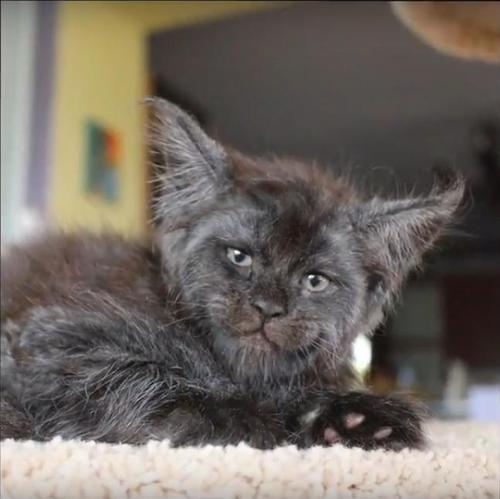 Save
In one picture in which Valkyrie is being held up by Tatiana, it's so clear that the Maine Coon looks like a human. It really is the shape of her face and eyes that stands out as any resemblance of human features. The photo, which is arguably the most popular, has since attracted over 6,000 likes in as little as two weeks.
Further social media analytics points out that the picture actually gained over 9 million views on the internet. It's the very essence of going viral. 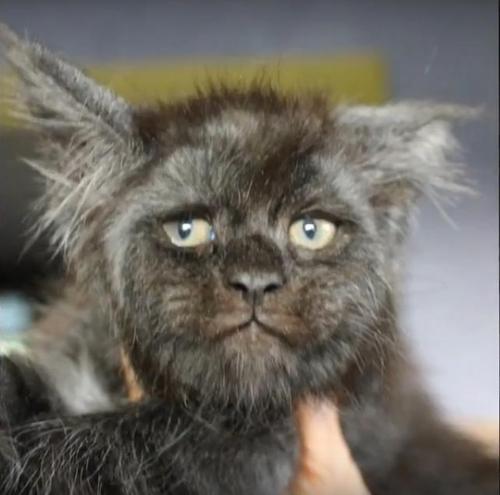 Save
Despite the kitten's youthful age, users still commented that her facial makeup makes Valkyrie look full of wisdom and knowledge well beyond her age. Perhaps it's the fact that she's so fury--either way, she looks like she's ready to give some sage wisdom to anybody that'll listen.
Other commenters simply state that Valkyrie just looks like a kitten that'd be able to talk. Her humanistic features, for one reason or another, speak to others as possessing the very human ability to speak.
Supposedly, Tatiana bought Valkyrie from a Russian cat website (she totally lucked out!). Some users have poked fun at Tatiana's photo, stating that a human soul clearly lives inside Valkyrie and is just waiting for Tatiana to say those magic words and release him/her.

Maine Coon Cats are innately born with a thick coat of fur. Legend has it that these cats crossed the oceans when Vikings arrived. It's no wonder that they're known for being one of the largest breeds of domesticated cats that also knows how to hunt strategically.
Do you also feel that the kitten has a human-like face? Well, we think you should ask your cat-lover friends if you are not sure!
By Michael - October 15, 2018
Email ThisBlogThis!Share to TwitterShare to FacebookShare to Pinterest
Labels: cats, Human-Like Face, Interesting Things