Facebook and Instagram are down AGAIN: Social media apps crash for users around the world for second time in two weeks

Facebook and Instagram users were unable to login to the social media apps after they crashed unexpectedly on Friday.
Both the apps and the desktop sites were hit by outages beginning around 11:40am (ET) this morning.
Users reported having issues loading the apps, while others said they experienced a 'total blackout.'
Scroll down for video

+3
A live map shows parts of the world that were hit by the Facebook outages. It shows hotspots in the northeastern region of the U.S., parts of Europe, as well as the Philippines and Indonesia
It comes as Facebook and Instagram experienced a separate outage a little over a week ago on November 20.
A live outage map showed hotspots in the northeastern region of the U.S., as well as many parts of Europe.
Parts of South America, the Philippines and Indonesia were also hit.

According to Down Detector, the outage appears to have started before noon. Users reported having issues logging into the service, accessing their feed and viewing the desktop website 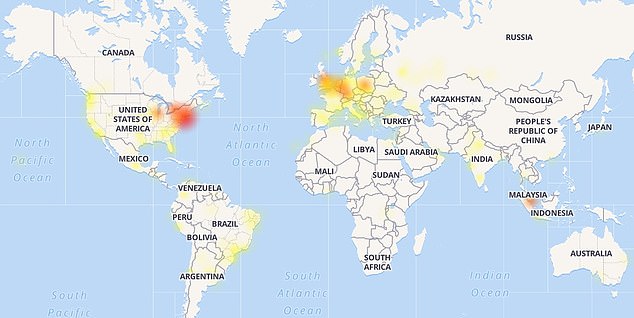 +3
A live outage map from Down Detector shows which areas aren't able to access Instagram. User reports appear to be coming primarily from Europe and some parts of the US
On Facebook, approximately 46 percent of users said they were experiencing a 'total blackout' on the website and the app.
Another 34 percent of Facebook users said they couldn't log in, while 18 percent said they couldn't access the Facebook app.
It's unclear how many users have been affected by the outages on Instagram and Facbeook.
However, a Down Detector chart showed there were 923 Instagram user reports submitted to the site by noon (ET). 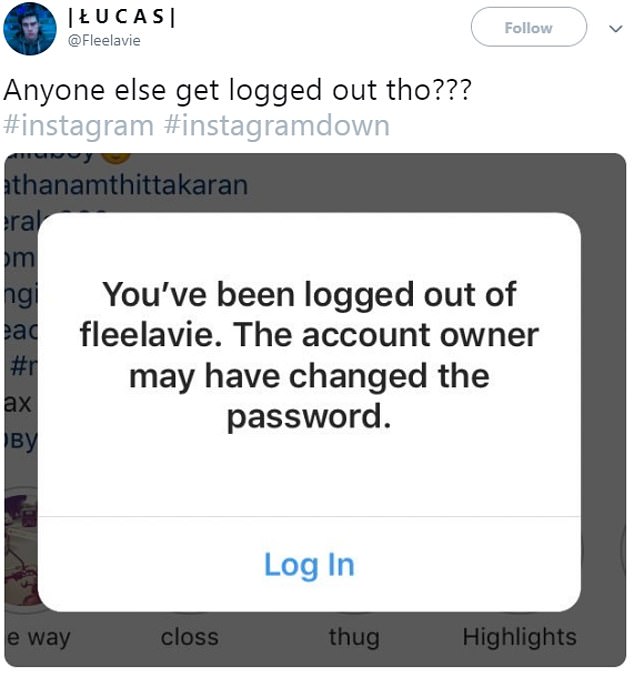 +3
Approximately 1,511 user reports had been submitted about Facebook by 11:45am (ET).
'I am unable to log-in, reset my password and I can't use the Desktop app either,' one user wrote on Down Detector about the Instagram outage.
Users appeared to be having similar issues on both the Facebook app and website.
'I can't log in at all, I can't even recover my account, and when I try to make another account it says that an error occurred and try again, it keeps happening,' a user wrote on Down Detector. 'What is going on!?'